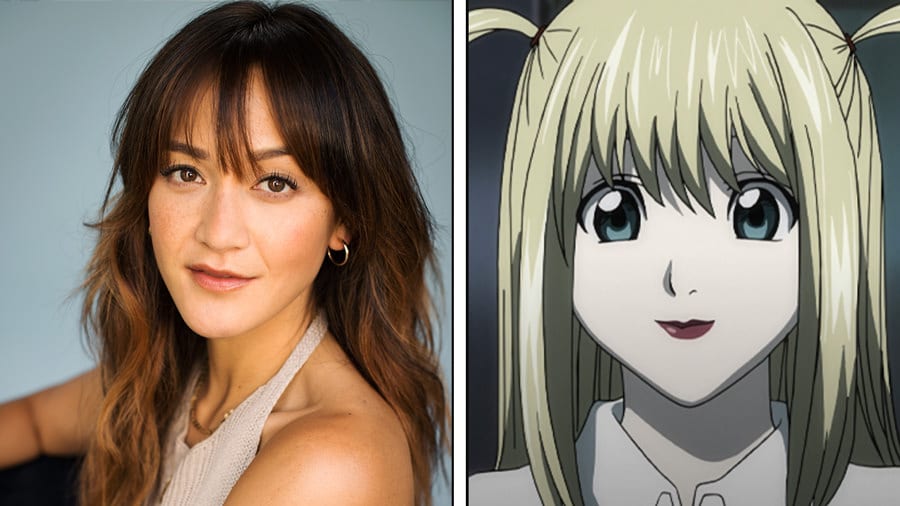 Shannon Chan-Kent spoke to The Natural Aristocrat about voicing Death Note’s charming, lithe model turned goddess, Misa Amane, in one of the most popular anime adaptions of all-time.

Misa Amane’s notorious waltz with Light Yagami as the new world’s all-watching deity, Kira, sent not a ripple but a shockwave across the industry. Actress Shannon Chan-Kent reflected on voicing anime’s iconic, golden haired Barbie with a razor-sharp edge in the nostalgic English dub. Sharing opulent reveries and mementos of Death Note’s unforgettable, spellbinding moments. Word of mouth has cemented the franchise’s eternal cult-like popularity, stronger than the largest of marketing war chests.

Death Note’s relatively brief dalliance with its television audience, just 37 episodes of the anime, is still being talked about over a decade after its final episodic chapter. A Netflix film adaption, live drama series, multiple films (live action & anime), musical, video games, and fresh manga Chapter rising in its wake.

This interview contains spoilers for the Death Note franchise.

The Natural Aristocrat [Nir Regev]: Death Note’s anime adaption ends with Misa Amane standing at the edge of a high-rise building, alluding to her committing suicide after Light’s death. How did you feel about the end of a major chapter of your acting life? Movie one-off work aside.

Shannon Chan-Kent: It was emotional, I’d been playing her for a while and taking this journey… To see her commit suicide, inside I felt like, “No Misa! Don’t do it!” But it felt like the right thing for the series, the right decision. I’m sure everyone else knew it was coming but I didn’t know! Is there less worry, if at all, when doing animation work of relinquishing a long-term role because a character can theoretically be brought back more believably? Or is the feeling always the same, regardless of format?

I think you always have the same feeling. It’s a bit different with Death Note because the show had previously been on, so it wasn’t a personal thing. Whereas, in say a new animation or pre-lay where you’re originating a character, and maybe you’re not doing a good job.

It’s usually not that. But of course, every time your character doesn’t show up in a script or is written out, there’s a little bit of a voice inside your head, that insecurity. “Oh no! Am I doing a good job? Am I doing this character justice?!” With Misa, I feel that was her story, and it was decided way before I became her voice. So yeah, less personal. 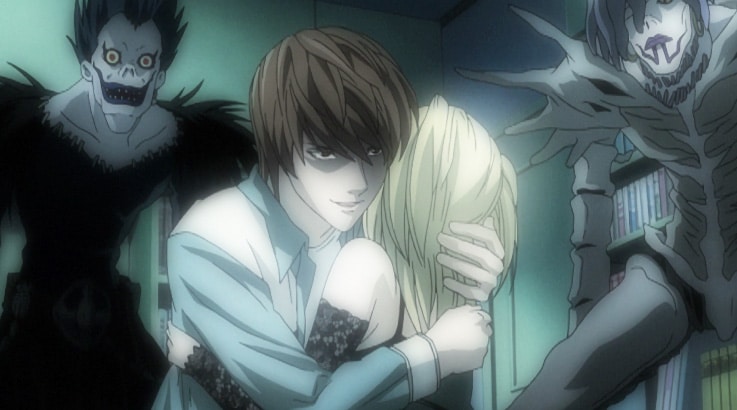 Misa halves her life not once but twice when trading for Shinigami Eyes, essentially quartering her life. Could you ever see yourself making that trade for anyone else? Is there a limit to love?

I’m not like Misa in that way! (laughs) Listen, I’m bubbly and I love fashion, I really enjoyed Misa’s outfit changes every other scene. But no, I wouldn’t halve my life for anyon-. Listen, I’ve got three sisters, so that’s actually a tough call. I feel like each one of my sisters is a part of me. Losing any one of them would feel like I was halving my own life. Would I voluntarily halve my life for anyone? I don’t think so. Does that make me selfish? Maybe! (laughs) But we all have just one life to life.

One of Death Note’s most powerful scenes takes place in Episode 17 (“Execution”) when Soichiro Yagami drives Light & Misa with the intention to kill his son for the greater good. Misa is truly helpless, desperately trying to convince Light’s father he’d be no better than Kira to no avail. For me, it’s the pinnacle moment of the series. I felt it would work in any media, not exclusively to animation, that it held a universal appeal. How did you feel recording the iconic scene?

Oh, it would! I was getting a script every week back then. When I read that one, I thought it was like you said, absolutely the pinnacle of the whole series. You know, it doesn’t really matter if it’s mainstream animation or Anime or live-action or Theatre, it’s still embodying a character. It was definitely an intense episode for Misa, for Light, for the whole crew! So, it was a bit emotional recording it. 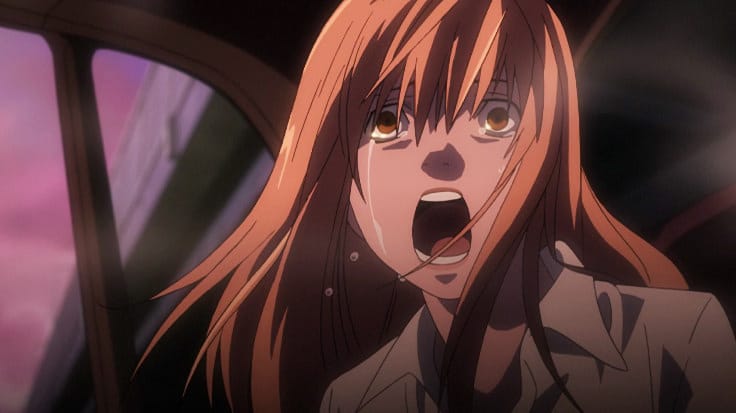 Do you generally watch subtitled versions prior to recording or primarily read the scripts? How does it work?

Well, when you’re dubbing, usually they show the scene and then you have to fit your voice to the mouth flaps. But no, I actually tend not to watch other versions too much, I mostly read. I just don’t want someone else’s version to effect what I want to bring to the character, and how I feel the script reads for me. You started acting at the young age of fourteen and booked your first two voice auditions right off the bat. Did you walk out of your Death Note audition confidently feeling the role of Misa Amane was yours and in the bag?

Oh God! I never think I have it in the bag, ever! It’s been so long, and there’s been so many auditions that I don’t remember the Death Note audition for Misa super clearly. I just remember that Karl Willems, the (English Dialog) Director, was super warm, friendly, and amazing to work with. He guided me through that audition. Has there ever been a time in your life or career where you wished you could do as in Death Note and lose all memories of something voluntarily?

(laughs) Noooo. I think that everything happens for a reason. All your memories, successes and traumas, make you the person you are today. Of course, there are things in my life that have been really upsetting or traumatic but it’s shaped who I am in this moment, who I am as an actor and as a person. So no. I would not wish to voluntarily wipe my memory! (laughs) Misa tells Light often ‘she doesn’t care if he uses her’ while being simultaneously jealous and dependent on the slightest of his affections. How do you feel this contrast impacted your vocal portrayal?

Yeah, I mean especially being a woman in this day and age, saying “I don’t care if you use me,” is not the most empowering thing to say… But Misa has her strengths, she’s extremely loyal and dedicated, I admire that part of her. Listen, she was just in love! You do crazy things when you’re in love! (laughs) 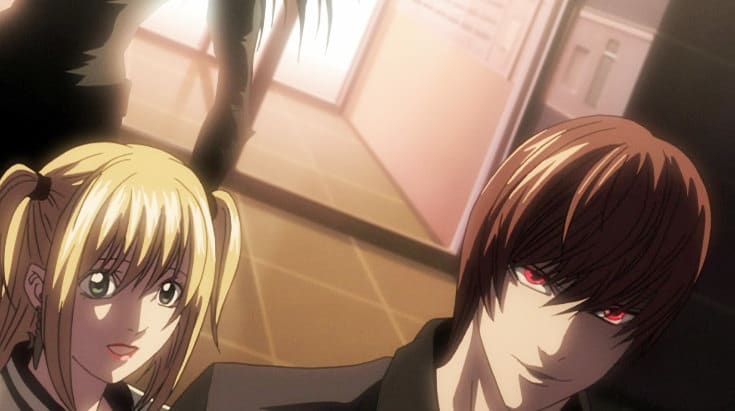 I also understand what it’s like to be jealous or have a crush on someone, so you can really even pull from personal experience. Would you want to live in a world with a real Kira? Or would you be able to handle the responsibility of being Kira in real life?

No! Straight up, one word answer. Hell no! (laughs) 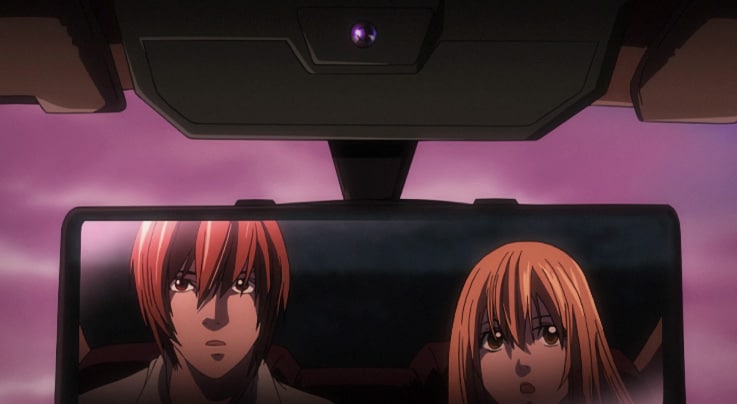 How do you reflect back on getting to be in such a milestone Anime in really the beginning of your career? Just like that, getting pushed right in the fray.

It was an amazing opportunity! Just to think, what a big following Death Note has and what an impact it’s had on the Anime community. I’m really honored and grateful to have been a part of that! What are some vocal warm up techniques and habits you’ve implemented throughout the years to protect your voice and deliver peak performances?

Well, I drink lots of water and tea, I try to get enough sleep. Although during this pandemic it’s been a bit tough. I try to stay away from loud places, restaurants, bars, clubs.

(laughs) I’m actually not really a night owl so it’s not that big of a deal to me. I think vocal health and vocal hygiene is so important. To have a long career in this industry or as a singer, you have to take care of yourself. I mean if you get sick, nobody is going to come in and do it for you. I think it’s a fair tradeoff to not yell in a restaurant to be able to do what I love.

You mentioned the pandemic before. Do you feel the Coronavirus pandemic has impacted your vocal work opportunities?

It has definitely has impacted my work opportunities. Vancouver studios have opened, so that’s good, we go in individually. The engineer who’s working at the studio will sanitize everything before the next person comes in. So, that’s been okay. Work in Vancouver has actually been good and somewhat normal.

However, as work in Los Angeles goes, no studios are open. Unlike in Vancouver, they expect you to have a home studio if you want to do anything professionally. So, I’ve been trying to make a home studio on a budget. (laughs) It’s kind of been sink or swim a little bit.

You’re going to be playing the character of Lara in the second season of Netflix’s Another Life. What can newcomers to the series expect?

I play a half robot/half human, I’m not sure if I’m allowed to describe too much about it… But I’m really excited about it! (laughs)

What was your experience of playing Belle in a Vancouver theatre rendition of Disney’s Beauty and the Beast like?

Wonderful, it was awesome! I was singing eight shows a week for a month. It was during Christmas, and so many kids were there, I got to come out and meet them. It was one of the best experiences in my life! One of the best roles that I’ve done.

What is your earliest memory of wanting to be an actress and singer?

It was never a question in my mind that I wanted to do anything else but perform! My first singing role was in Grade 2 and I played The Dormouse in Alice in Wonderland at my elementary school. I sang my first song in front of an audience and I was hooked! 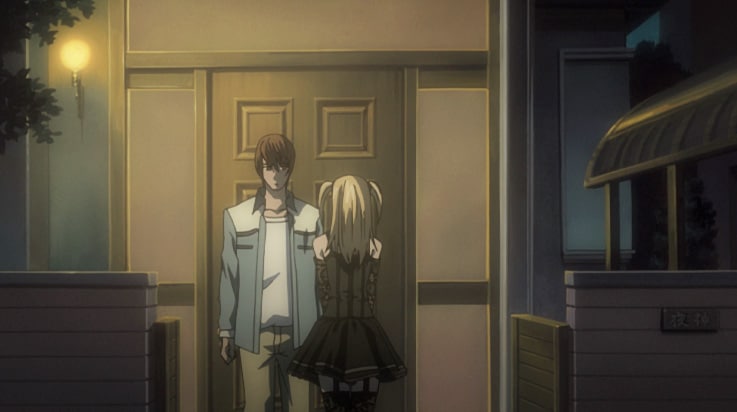 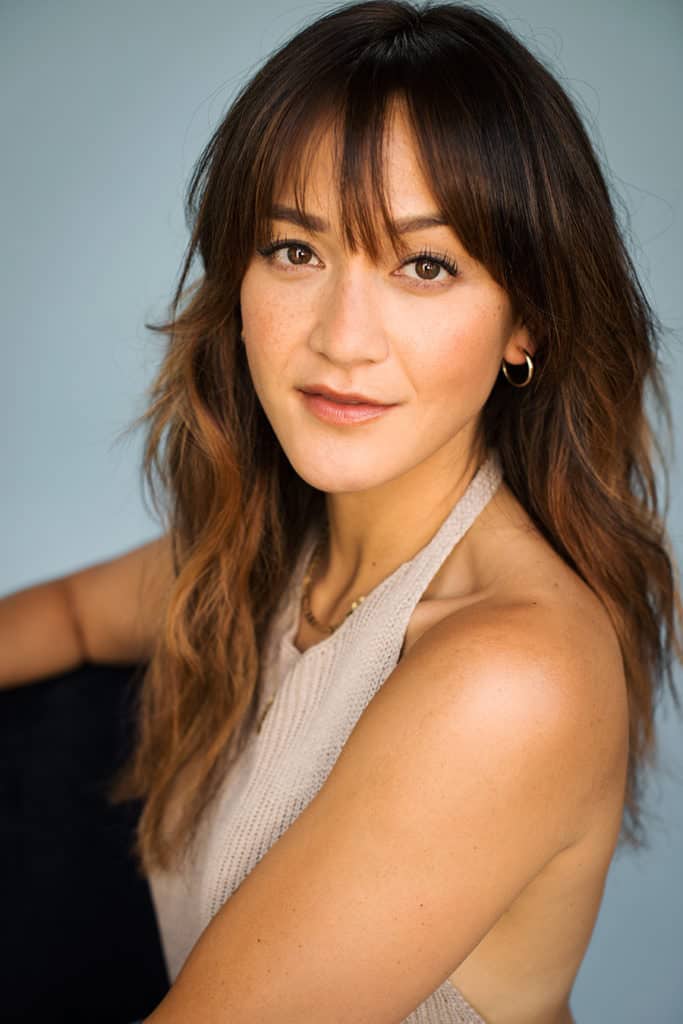 Relive the magic of Death Note or watch it for the first time with the Complete Series Blu-ray on Amazon or stream it online on VRV Premium’s Crunchyroll Channel and Hulu! All options include the English Dub of Death Note.

* All Screenshot Photos via VRV’s Crunchyroll Channel. Madhouse Inc. is the Tokyo, Japan based studio who created the beautiful artwork above that was licensed for North America by VIZ Media. The Death Note Manga was created by writer/manga artist Tsugumi Ohba and illustrator/manga artist Takeshi Obata.

Check out The Natural Aristocrat’s Anime Interviews section for more interviews with the industry’s top talents!