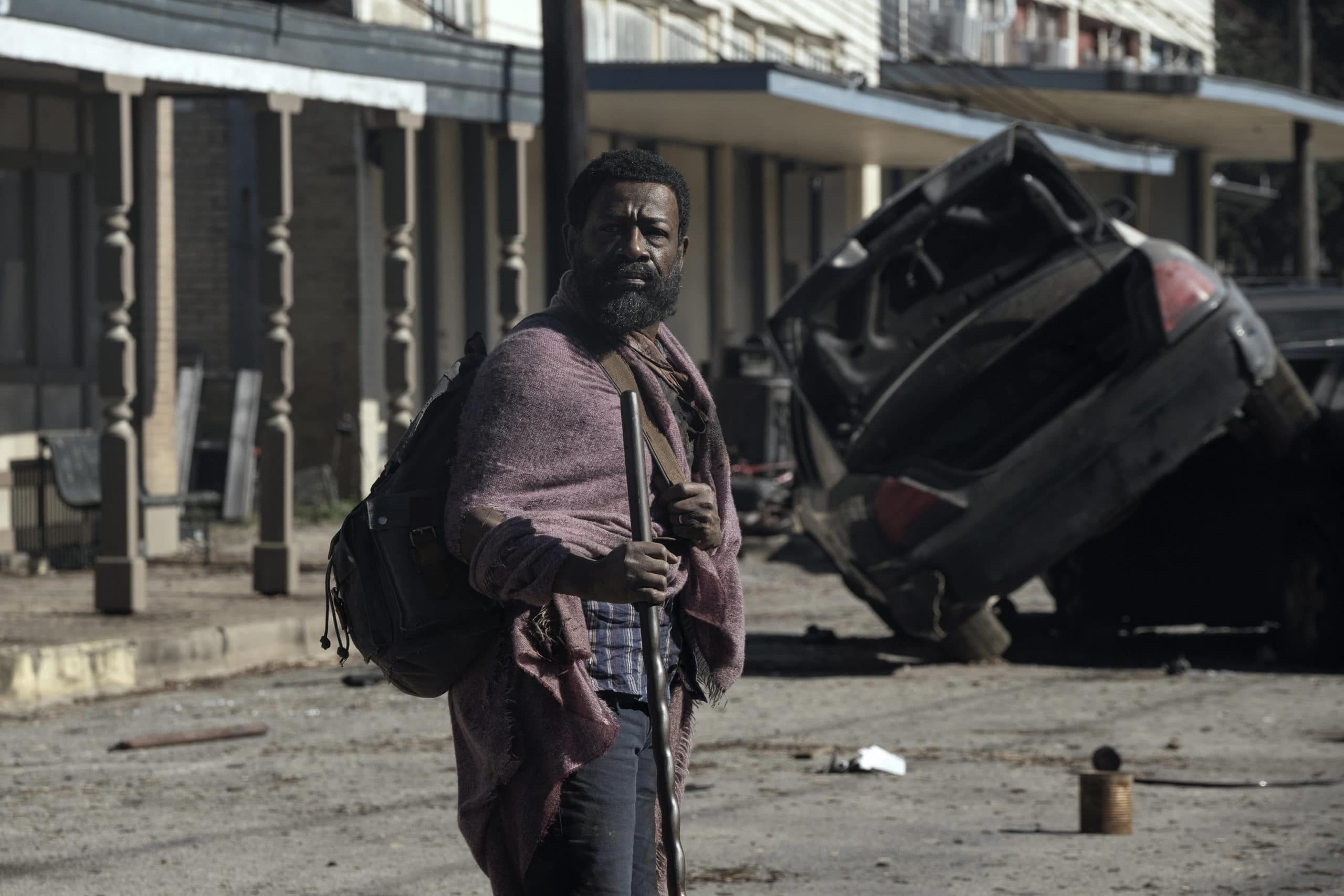 Lennie James told The Natural Aristocrat that his new beard looked great on Fear the Walking Dead’s sixth season… But it was also the bane of his life! Jenna Elfman commented that it usually took Lennie longer to ‘drink his coffee than do hair & makeup’ until that dastardly beard arrived on-set.

The following question was asked by The Natural Aristocrat® during a virtual press roundtable for Fear The Walking Dead with Lennie James, Jenna Elfman, and Danay Garcia.

The Natural Aristocrat [Nir Regev]: Lennie, your new beard in Season 6 was Rick Grimes-esque! I was disappointed Morgan ends up shaving it later in the season. Did the beard’s remains go into a freezer somewhere like Norman did for Andy’s?

Lennie James: I’d probably set fire to that thing, that beard was the bane of my life! Usually, when I go to the makeup & hair wagon, there’s not much hair wagon stuff going on. And makeup, I try to keep to an absolute minimum! (laughs) I’m usually about five, ten minutes for an episode.

For the first episode of Season 6, it was three, nearly three hours every morning to get it on. And with the wound, the beard, the Tash parts, the hair, the scars, and then the veining from the poisoning that he’s going through… It’s like three hours, in three different chairs.

I was glad when that was over but I did like the look! I think our hair & makeup and special effects makeup team did a fantastic job… But, I’m glad it’s over. I can say that with absolute fact!

Jenna Elfman: (laughs) It usually takes him longer to drink his coffee than go through hair & makeup!

Lennie James: It’s true! I was so antsy. They had to literally strap me to the chair. When we shot episode two, I had to do a little bit at the end because of the way we had shot it. We didn’t shoot in order.

So, it was a month later when we went back to shoot episode 2, and they brought that beard towards me… They literally had to hold me down to glue it to my face! – Be sure to read Nico Tortorella: ‘Younger was cute but I get to act again for real on TWD’ (Interview)!

– You can find more FTWD news, interviews, and reviews in the Fear the Walking Dead Articles section.

No Escape film review: Trading our lives for ‘Likes’ online