This review contains spoilers for the English dub of Food Wars! Season 3 Episode 7. You can watch “The Academy Falls” online right now via HIDIVE or VRV Premium’s HIDIVE Channel.

In “The Academy Falls” the design of merit-based competition through Food Wars! is put to the test at Tōtsuki Culinary Academy. A process thought to be infallible and sacred is revealed to be two steps removed from corruption at any given moment. A triumvirate of bribed judges presides over Etsuya Eizan and Tetsuji Kabutoyama matchup, with a predetermined outcome. Sans taste test. The President of the Skewer Research Society, Tetsuji Kabutoyama, is shown to be helpless against the Central backed Etsuya Eizan. Tradition holding no weight against Eizan’s consolidated social power at the academy. Thus, Food Wars! are shown to have more in common with loose gentlemen’s agreements propped up by Tōtsuki, rather than righteous competition. Without Tōtsuki enforcing an honor-based federalist system with checks and balance, the integrity of Food Wars! crumble under the highest bidder. The message is twofold, it demoralizes Tōtsuki’s populace and discourages future attempts at revolution of any size. Azami Nakiri, father of Erina Nakiri (“The God Tongue”), establishes sovereign control over Tōtsuki on “The Academy Falls”. Intending a Central government made up of aristocrats to declare what is and isn’t true cuisine. Azami’s overthrow of his father Senzaemon Nakiri as headmaster and director of Tōtsuki with the assistance of the Elite Ten Council places the academy fully at the whims of nobles. Independently-run clubs and dorms at Tōtsuki, resembling classical states relinquish any sort of governing power in Central’s push for campus-wide unification. Their cuisine deemed obsolete amidst an iron-fisted crusade by Azami Nakiri for Central’s vision of what it should encompass. 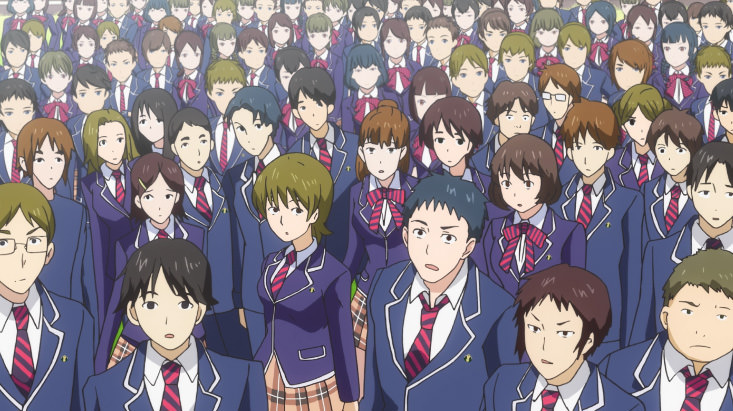 Professors are forced to reeducate under the principles of Central rather than their own, fearing banishment or loss of status if they should speak up. Non-Elite Ten Council Tōtsuki students are told their previous methods were always incorrect, reprimanded for creativity. ‘States’ are forced into obedience through fear of exile and lack of influence. The votes of the general student populace lack democratic influence against the will their ‘Elite’ position holders. Etsuya Eizan’s Food War was televised across the campus as a showcase of the futility of dissidence, indirectly pointed towards Sōma Yukihira. However, in typical fashion Sōma Yukihira is undeterred by an insurmountable challenge. Sōma risks expulsion to save Kyokuseiryō/Polar Star Dormitory from being disbanded. Making a statement by challenging Eizan for a Food War regardless of a rigged, fixed outcome. Sōma defies the Central government, potentially jeopardizing his future at Tōtsuki. All for the belief of state-like club freedoms through independent cuisine, rather than on a unified assembly line. Can’t wait for each episode to air? You can purchase the entire season on Blu-ray over at Amazon, Right Stuf, Best Buy, Walmart or Target right now! New to the Food Wars! series? Be sure to read an in-depth preview of Food Wars! Season 1 Episode 5 at LiveGameDeals.com! Discover some of the first conversations between Sōma Yukihira and Erina Nakiri.

Disclosure: The Natural Aristocrat is a member of Amazon, Best Buy, Right Stuf, Walmart, and Target’s affiliate programs. A commission may be earned should you make a purchase through the links above.

Regarding Food Wars! Season 3 Art / Show Screenshots: The Food Wars!: Shokugeki no Soma Anime was originally made by J.C.Staff and licensed by Sentai Filmworks in the U.S. The Food Wars! The Anime is based on the words illustrated in the manga by Shun Saeki and written by Yūto Tsukuda. Published by Shueisha in Japan and VIZ Media stateside.