Luci Christian spoke to The Natural Aristocrat about FunimationCon 2020, voicing fan favorite Ochaco Uraraka, the strong reception to My Hero Academia: Heroes Rising, and the art of voice acting.

The Natural Aristocrat [Nir Regev]: I feel Funimation took one leap forward with FunimationCon, traditional convention panel schedule and all, just virtual. It’s looking more and more like this will be the wave of the future with the Coronavirus (COVID-19) pandemic. What are your thoughts about FunimationCon 2020 and the possibility that this could be the only way to hold conventions from now on?

Luci Christian: I’m with you I think it’s really cool they’re doing this. To be honest, I think it’s a bittersweet time. Right? I mean, maybe this is the way of the future, it’s definitely the way of the present. I love that companies are having to be creative in figuring out how to engage with fans in ways that we’re used to. Getting to have something of a personal experience with these properties and with the talent. And with each other!

That’s the point of the convention, getting to talk about the thing we all love! So, I love that Funimation thought of this and went online. They really went creative with it, making different rooms simultaneously of fun stuff. But I will say, for all of us, that it’s a little bleak to not be in the room, to not be taking the road trips, to not be getting to hug each other. It’s a lot. It makes the overtures that the various companies and people are taking to put something together virtually that much sweeter… But it’s also sad! (laughs) It’s both!

How did you feel about the overall reception to the cinema debut of My Hero Academia: Heroes Rising?

So, a couple of thoughts about that… I was at the L.A. premiere for the film and it was one of the most magical & special nights of my professional career! And I’ve been around for a while! (laughs) But there was nobody in that room that wasn’t just ecstatic to be there. It was so freaking fun and lovely!

The reception to the film was as awesome as can be. I heard many people say how anime is so much more mainstream now. And it is because of shows like this (My Hero Academia) that are so accessible. Particularly the English dub of the movie gets so much love, it’s such an honor to be part of it. How do you compare recording for the film to dubbing the regular series?

It wasn’t totally different. It was a little weird because I hadn’t read the manga and there were things in the movie that I didn’t know yet! And when we were recording the movie I was like, “WHAT?!” It was exciting, I really loved that the movie showed how much stronger they’d become. How their training has really paid off. And not to toot my own horn… But I didn’t even know she (Ochaco) was that strong!

You’ve played so many characters throughout the years from My Hero Academia’s Ochaco Uraraka to Yuki Yoshino on Food Wars! How do you craft the personalities and voice inflictions of your roles past what’s on the script?

Well, I’ll tell you… This has all been a happy surprise! I don’t know I’d be in this industry for this long. When I first got into it, I was just an actor. When I approached the characters, I asked the same sort of questions as in traditional acting. “Who are they? How old are they? What are their primary objectives?” And the director will fine tune you. ‘I think he could be played a little older. Or I think we can go a little further with that scene.’

Are there techniques or habits you’ve practiced throughout your career to protect your voice?

There are a couple that I always rely on. One of them, is this sounds like such an old woman thing to say but I try to get enough sleep. It makes a huge difference in how much you can push yourself. When it comes to yelling, there is a way to protect your voice when you yell by kind of making an H sound at the beginning of your scream. It’s kind of a weird thing, a little trick. But it helps protect your voice so you don’t rip it up. How much do you enjoy the script writing process in comparison to voicing the character of a preference for one or the other.

I haven’t done anime writing in a while but I loved it! I know how to look at the words now that would best fit the animated mouth flaps and be like ‘Oh, these are the words that could go there.’ I really, really enjoyed it! Obviously, I’m an actor first, and I will always be an actor first. But a lot of us are good at many, many things. I feel I’m lucky to have been blessed with the opportunity to do lots of different things.

Certainly, there’s been times now working from home where they’ll call and tell me, “Hey, I know you know how to change the line a little bit to make it fit!” So, I guess I do still write a little bit. But mostly, we all sort of informally work together to make the best product. – Check out the panels and highlights of FunimationCon 2020 over at Funimation.com. 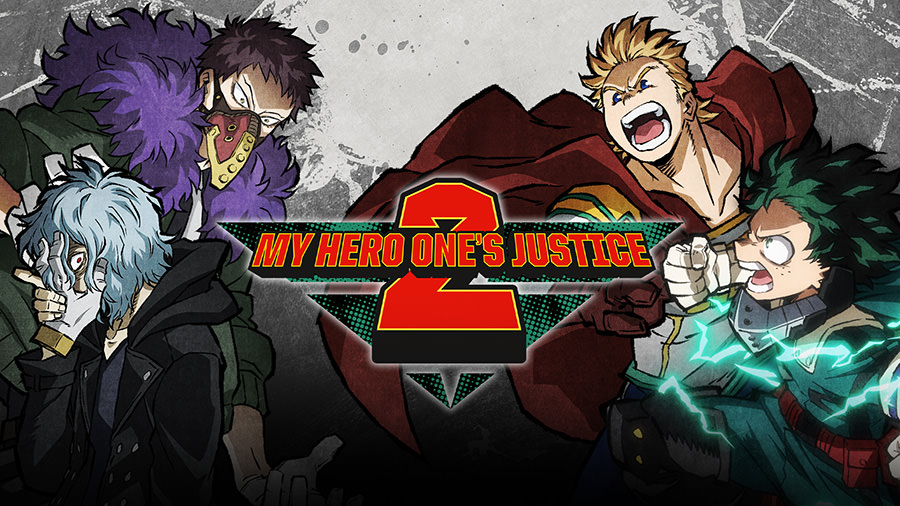 – Leap over to BandaiNamco.com for more information about My Hero One’s Justice 2 and purchase the Collector’s Edition on Amazon or Best Buy today.

Be sure to read The Natural Aristocrat’s ‘FunimationCon 2020’ interviews with AEW’s Kenny Omega on My Hero Academia and fellow My Hero Academia voice actor Christopher Wehkamp on Voice Acting (MHA’s voice of Shota Aizawa)!