Warning: Undefined array key "slug" in /nas/content/live/aristocrat/wp-includes/class-wp-theme-json.php on line 1440
 Fantasia 2020: Xander Berkeley steals show in 'The Dark and the Wicked' Fantasia 2020: Xander Berkeley steals show in ‘The Dark and the Wicked’

Xander Berkeley plays an enigmatic Priest in Bryan Bertino’s latest horror film, The Dark and the Wicked. His short & sweet metaphor comparing the Devil & a Wolf ‘not caring if you believe in them or not in order to exist’ is a thought-provoking proposition… Latching onto emotional insecurity or perceived lack of faith depending on which side of the coin you’re on. Prey or Pray.

This article contains spoilers for The Dark and the Wicked. The film was featured at Fantasia International Film Festival 2020.

The Dark and the Wicked’s lead characters, siblings Louise [Marin Ireland] & Michael [Michael Abbott Jr.] are left reeling in sorrow after their mother [Julie Oliver-Touchstone] takes her own life early in the film. Searching for answers and bittersweet closure they come across their mother’s tattered diary… Revealing a crumbling mind, a mental state bordering on undiluted insanity. Their mother writes about the Devil tormenting her ailing, terminally ill husband every night fall at twilight hours, biding time to steal his soul.

The twist? Their entire family have always been staunch atheists. Soon enough the Priest [Xander Berkeley] is blamed for infusing his own beliefs into their mother’s head. A striking visual is presented of a man of faith taking advantage of a vulnerable, pained woman looking for light in the shadows.

During a visit to the house, the Priest and Michael have a verbal joust about the ‘truths’ being fed to his mother. Michael sends an early jab to the Priest about parading his beliefs as facts, his religion as truth. Berkeley’s Priest takes the hit straight on the jaw, no dodging, instead counterpunching Michael with the idea that Michael’s truth can be said to be his own too. 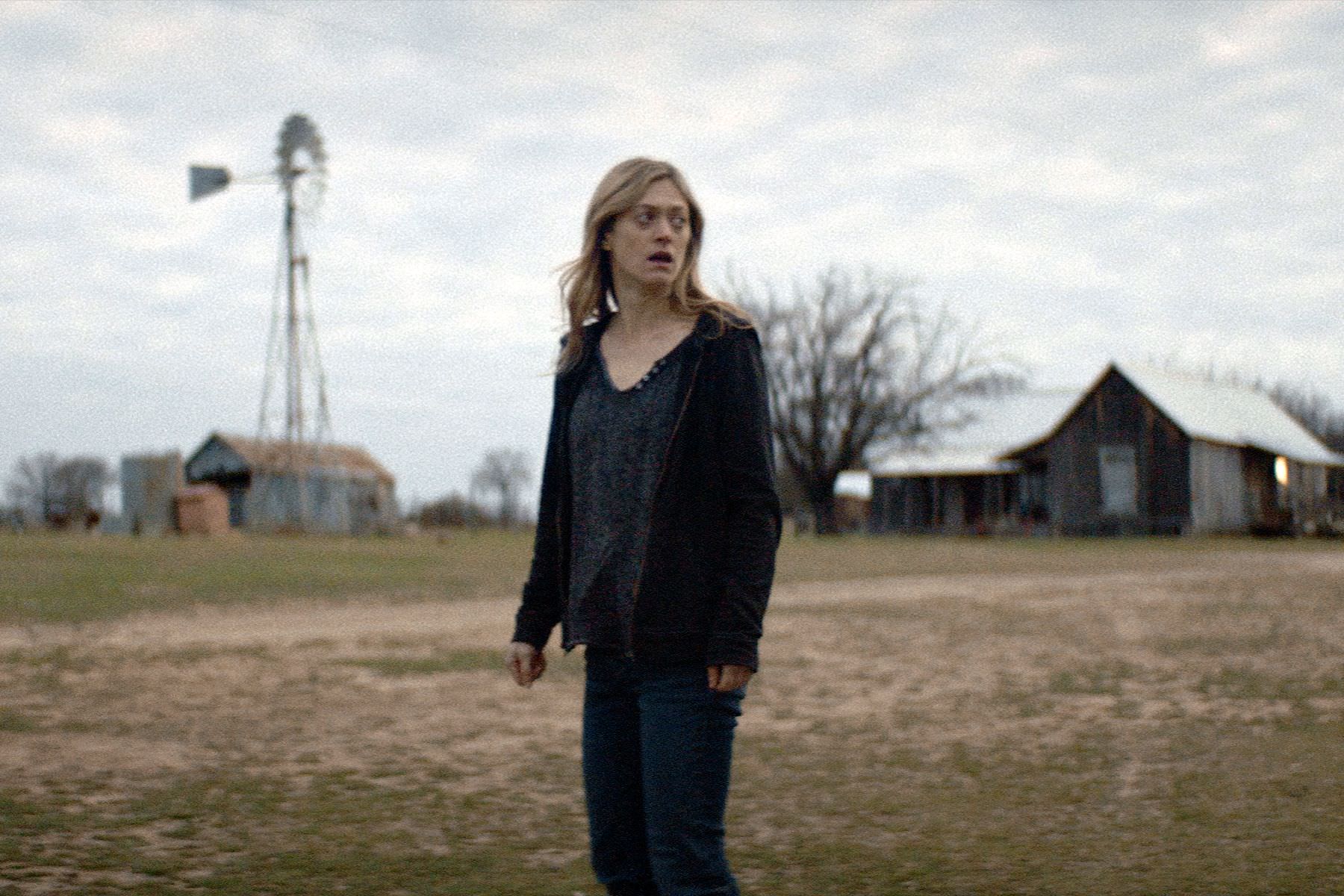 Berkeley’s Priest paints a metaphor of a wolf ‘not needing you to believe in it’ to exist, it’s still a wolf. The wolf doesn’t need your permission or belief system to draw a breath. While similar religious appeals of the sort have been made for millennia, there’s something decisively eloquent about Berkeley’s presentation. The structural foundations of the metaphor are not all that wildly divergent from the the argument of extraterrestrial existence. If we examine the debate in modern topical terms, you don’t have to believe in COVID-19 for it to exist. 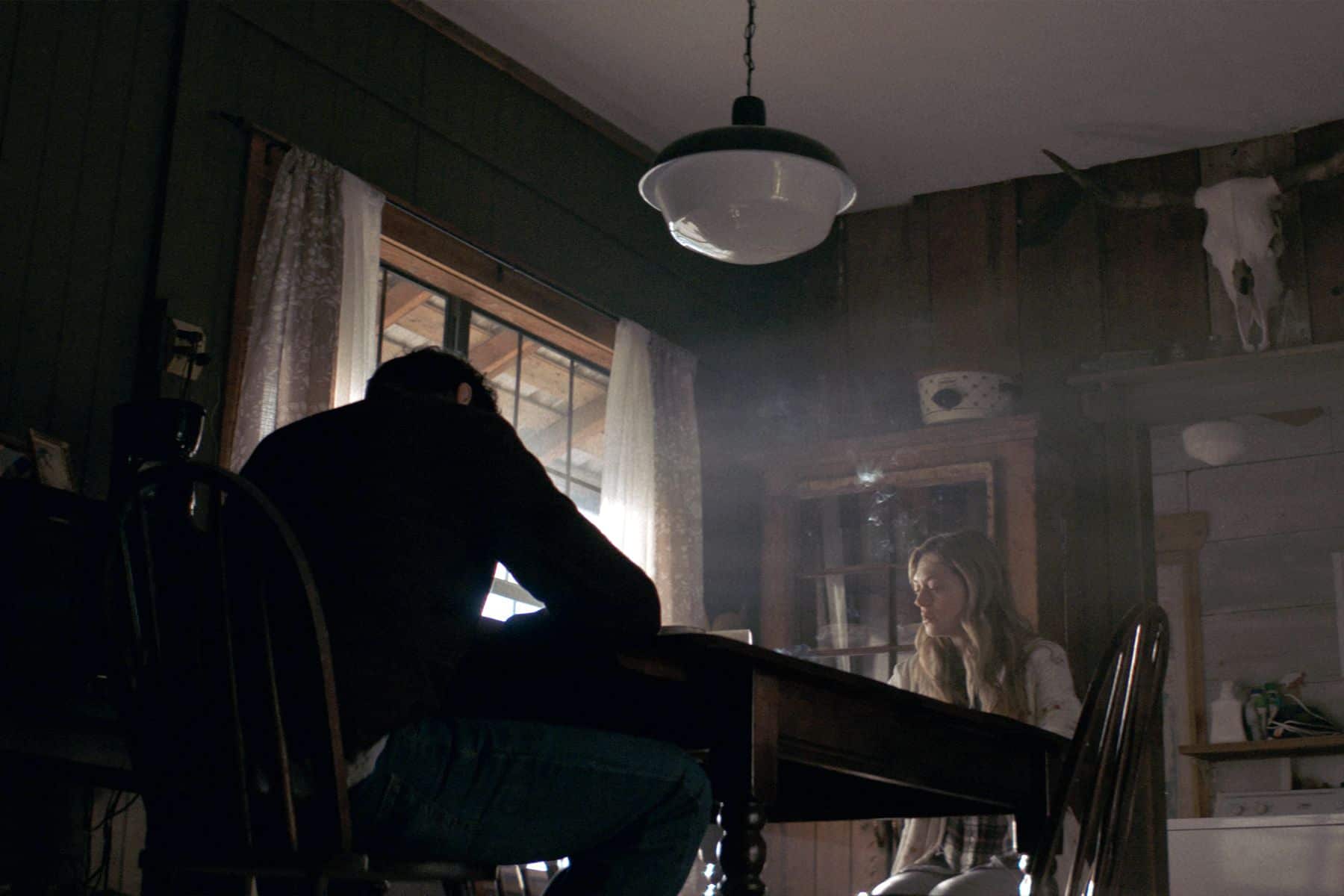 Arguing Michael’s unspoken side on the matter, believing in something doesn’t make it exist either. The judge’s figurative gavel, can land either for the prosecution or defendant based on whether you believe in a case being won on the available hard evidence… Or the promise that the evidence will be delievered on a later date.

The Priest describes the Wolf (The Wicked [Devil]) already being in the house, which subconsciously evokes the visual of stories like The Three Little Pigs and Little Red Riding Hood. The Priest’s ideological donnybrook with Michael ends with that haymaker but leaves an impression to think about. Despite Xander Berkeley not seeing heavy screen time in the film, the moment is powerful enough to be a major scene stealer. Bryan Bertino’s The Dark and The Wicked certainly has no shortage of dark, brutal imagery that you’ll never forget but this is the moment you’ll keep thinking about introspectively after credit roll. A reverie that stays with you past the horror genre.

The Dark and The Wicked was provided to The Natural Aristocrat® via Fantasia International Film Festival 2020, where the film virtually screened on Friday, August 28th. The film is scheduled for release on November 6, 2020. ‘The Dark and the Wicked’ Synopsis and Film Trailer

On a secluded farm in a nondescript rural town, a man is slowly dying. His family gathers to mourn, and soon a darkness grows, marked by waking nightmares and a growing sense that something evil is taking over the family.

Be sure to read The Natural Aristocrat®’s exclusive interview with tomandandy’s Tom Hajdu on The Strangers soundtrack!

Virtual Crunchyroll Expo 2020: How to get a free badge