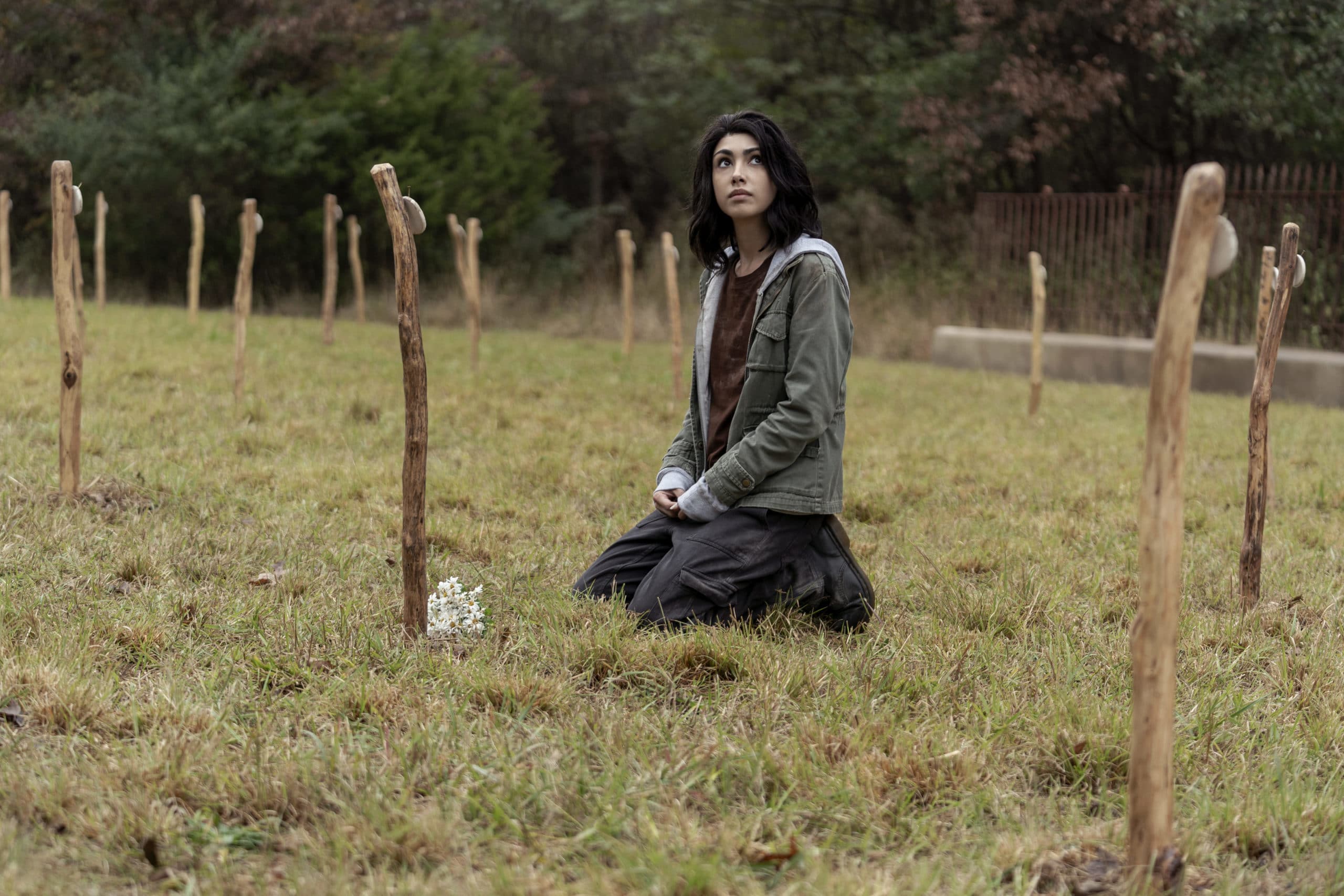 The Walking Dead: World Beyond

Alexa Mansour spoke to The Natural Aristocrat about the heavy breathing, humanized walker (or empty) on The Walking Dead: World Beyond episode 2. Is Hope showing shades of Lizzie Samuels? Or just afraid of what’s she capable of?

The following question asked by The Natural Aristocrat® to Alexa Mansour during a virtual roundtable with The Walking Dead: World Beyond cast. The Natural Aristocrat [Nir Regev]: In the opening to the second episode of The Walking Dead: World Beyond the group encounters a walker… But it’s no ordinary walker, there’s heavy & labored breathing. It’s almost like a Whisperer dying there.

What are your feelings about this humanized walker death? Or ’empty’ as they’re called on World Beyond.

Alexa Mansour: The walkers on the show… You see them and you almost feel bad for them. I don’t think that was the first walker for me where I actually felt pretty bad for it.

You’re right! It is like a real person that’s dying. The walker has a cane and left there alone… That’s kind of the way that I saw them on the show. As opposed to seeing them (walkers) as these huge, scary things. 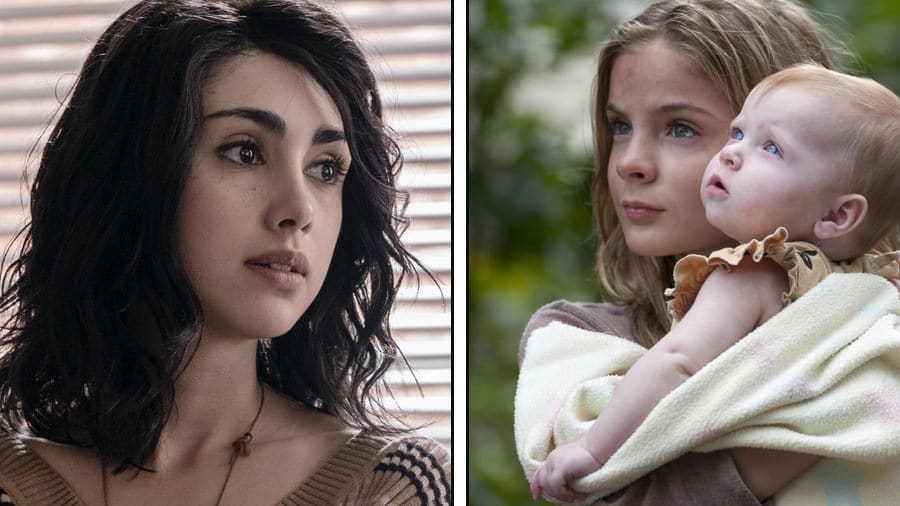 Certainly, one must recall Lizzie Samuels in the context of this interview comment by Alexa Mansour. Were Lizzie, The Governor, and Hershel Greene onto something with regard to the humanity left within walkers? Or is such empathy the root spiral of madness in the apocalypse?

Hope Bennett led a walker astray from the group’s treehouse on the second episode of The Walking Dead: World Beyond… But she still left the ’empty’ alive in “The Blaze of Gory”. She had no qualms about dropping a bowling ball on an ’empty’ earlier in the episode… But perhaps, the gesture felt less ‘real’. Hal Cumpston as Silas and Alexa Mansour as Hope in The Walking Dead: World Beyond. As portrayed in Season 1, Episode 2. Photo Credit: Jojo Whilden/AMC

Yet, Hope is the only one from the group to have taken a life on The Walking Dead: World Beyond. Just not an ’empty’ specifically. Every member of the young group seems to have actively avoided having to vanquish an ’empty’.

Thus, their connection to the undead is more than a superficial fear. It appears the ’empties’ on The Walking Dead: World Beyond are intentionally more human-like as of late. Are we going to see something similar to the mutations in Resident Evil 4 eventually?

Signs of humanity in walkers Alexa Mansour as Hope and Aliyah Royale as Iris. As portrayed in The Walking Dead: World Beyond Season 1, Episode 2. Photo Credit: Jojo Whilden/AMC

TWD had scientist Milton Mamet looking for signs of humanity in Season 3. So the Walking Dead universe has danced with the concept before… But it’s always been more of a tease. The pandora’s box was quickly closed.

Perhaps The Walking Dead: World Beyond will finally delve more into that possibility.

The Walking Dead universe always ends up colliding on the silver screen somewhere. Prior to TWD, television viewers might have seen Mansour on Madam Secretary, The Resident, and Law & Order: SVU.

Alexa Mansour is only 24-years old and already part of World Beyond as a leading actress. Debnam-Carey was similarly 22 years old when Fear the Walking Dead premiered back in August 2015.

Hope Bennett as ‘the Daryl Dixon of World Beyond’ In our interview with Alexa Mansour, she likened Hope Bennett to ‘the Daryl Dixon of World Beyond’. Norman Reedus has ranked as the top search for The Walking Dead cast for years, even before Andrew Lincoln at times.

Definitely, a steep challenge for any talent to reach. But Alexa’s not afraid to set the stakes high, which is admirable for any young actor. Alexa mentioned castmate Nico Tortorella has called Felix the ‘Rick Grimes’ of the series.

– Be sure to read our Nico Tortorella Interview on The Walking Dead: World Beyond and Younger.

One wonders if TWD showrunner Angela Kang might reference the World Beyond characters like Hope or sister Iris in the last Walking Dead season.

Is it possible Alexa Mansour, Aliyah Royale, Nicolas Cantu, and Hal Cumpston make an cameo to cross-promote World Beyond? It’s not out of the realm of possibility for AMC. Even as the mainline Walking Dead series is entering its twilight season.

Why wouldn’t Alexa Mansour be next to showcase her singing, piano skills on The Walking Dead: World Beyond?

The season’s just begun and already the group has ventured out of town & ‘off campus’. Keep up to date on where Alexa Mansour’s Hope Bennett is heading in the series! Which of the two Bennett sisters will end up as leader of the group?

Iris certainly seemed to be having second thoughts last episode. Second guessing herself and the plan to find their father. Will Alexa Mansour’s Hope rise to the occasion in the void left?