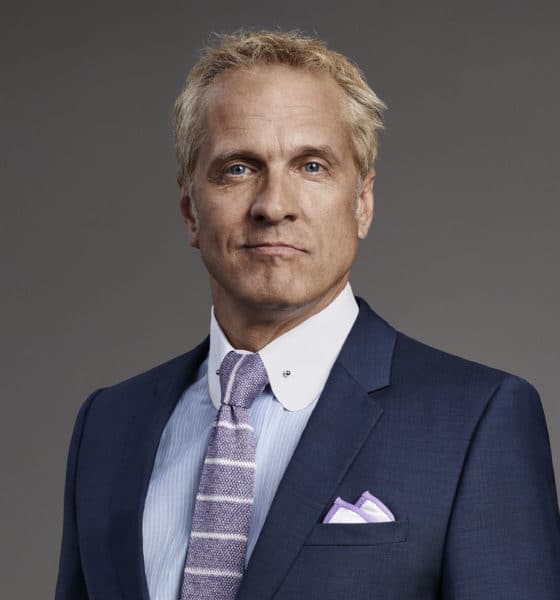 Patrick Fabian has promised Better Call Saul swag will be up for auction this Saturday, October 12 at the West Shore Foundation Virtual Gala. Will one of Hamlin’s dapper suits be available?

Fans will find out when the virtual gala begins at 6:30 p.m. sharp on Saturday via Zoom webinar! The Zoom app Passcode for entry is ‘WSFGALA’.

The fundraising event will raise money towards the students & teachers of the West Shore School District, located in Central PA. Fabian himself is originally from New Cumberland, Pennsylvania. He obtained a Bachelor of Fine Arts Degree in Performance at Penn State University before making his way over to California.

Psyched to be supporting the Arts for my hometown school district….come check out the auction (#bettercallsaul swag , & more) & help someone get a a leg up on a career in the arts! . #WestShoreFoundation #CentralPa #Arts @westshorefdn • Our Virtual Gala is THIS SATURDAY! We are looking forward to a great event to raise funds for the students and teachers of West Shore School District. We hope you will join us! For the Zoom login information, please visit https://westshorefoundation.org/events/annual-gala-2020 #WSF #WeBuildFutures #WSFGala2020 #VirtualGala #JoinUs

The Better Call Saul star consistently posted photos of script cover pages weekly last season on Instagram… So those season 5 BCS scripts might be a pretty good bet as auction items. But no guarantees, collectors. On Instagram, Fabian commented that ‘Better Call Saul swag and more’ will be available. It’s possible a DriverX Uber memorabilia piece might be up for auction as well. Or maybe even from Fabian’s ‘Future Space’ cameo on HBO’s Barry.

Patrick Fabian will be joined at the virtual fundraising gala by CBS 21 News’ Steve Knight. The Meteorologist has been a resident of New Cumberland, Pennsylvania since 1996.

Proceeds will benefit the West Shore Foundation, a community organization providing financial support for the enrichment of Academics, Arts, Athletics, Technology, and Leadership to the students and staff in the West Shore School District.

– Be sure to read Saul Goodman Vs. Jimmy McGill: What’s in a name?

There’s no telling where Howard Hamlin will be heading narratively in Season 6 of BCS… But this Saturday, you can join Patrick Fabian at the West Shore Foundation and bid on an authentic piece of Better Call Saul history.

Lennie James on Morgan being ignored by walkers: “Like a superpower” (Interview)