Breaking Bad’s Wendy was key to Saul & Kim’s scheme to weigh down Howard Hamlin’s credibility with an anchor too heavy for Clifford Main to ignore. The man reflects in therapy, while his firm gasps for air… None the wiser. HHM, now almost fully submerged under Jimmy’s dirty deeds.

Meanwhile, Spooge also made his Better Call Saul debut, excited at the infamy of hiring ‘Salamanca’s guy’ as his lawyer. Howard Hamlin attends therapy detailing the volatility of regular-old sameness with his wife, predisposed to sweep the tough issues under the rug. Though Hamlin himself, is mocked in jest by his therapist about “not being a shareholder” when Hamlin defers to business as the core discussion topic. Meanwhile, Saul Goodman is actively pursuing Hamlin’s career burial, donning his blonde locks temporarily.

With one reverse, one cone in Hamlin’s parking spot, and a metal sign pulled out of the earth, begins Hamlin’s demise. Just as in the golf course locker room, Saul is right there in front of Howard… But he’s unable to stop a single Pawn’s piece from advancing on the board. Saul Goodman drives Howard’s car in a rush to pick up ‘lady of the night’ Wendy while she admires his hair. Telling him she ‘loves his hair color.’ At first, Saul instinctively tells Wendy, it’s not his ‘real hair’ but quickly swallows his overly truthfully tongue and accepts the compliment. Kim Wexler is busy schmoozing Clifford Main, talking business while texting Jimmy to “Go!” under the table. The plan is simple, a disguised Saul throws Wendy out of Howard’s car who yells about him being a non paying deadbeat while Saul speeds off. 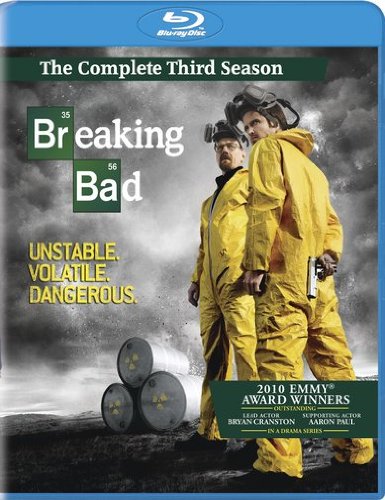 Thus, perfectly capturing Clifford’s attention to the NAMEST3 license plate and continuing the narrative of Howard Hamlin as an addict who deals with ‘ladies of the night’ often. 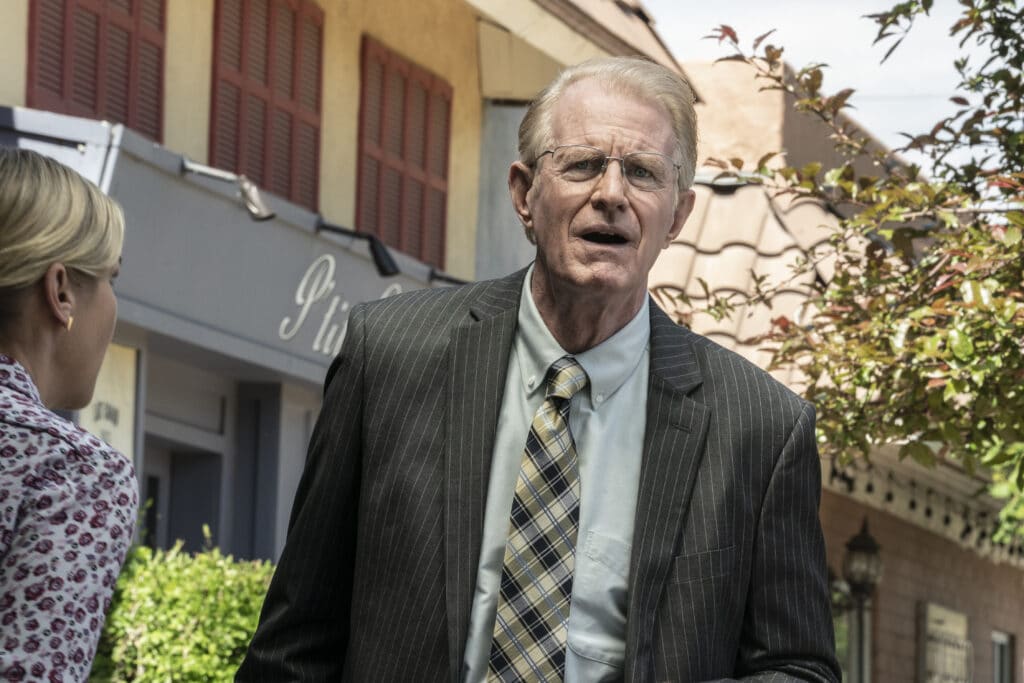 The only caveat is Clifford Main taking a liking to Kim Wexler’s business plan. While Jimmy comments, “How lucky are we?! We’re on a roll”, this potential shift back to ‘on the level’ work actually threatens their relationship. It caused Kim to briefly hesitate before texting Jimmy and could eventually be their undoing pre-Breaking Bad. Kim looked genuinely down when Jimmy mused about being ‘wicked’.

However, one thing’s for sure, co-creator Vince Gilligan is confirmed to have been joking about Kim & Wendy being ‘the same person’. The two even share a scene together where Kim gives Wendy her money in an envelope before Wendy believes Five-O are watching her again… And scaring away customers for the rest of the day.

This leads Kim to feel she’s being followed. Though Jimmy brushes it off as Kim getting nervous about getting away with it, Kim is unmoved. Eventually, at the El Camino Cafe she spots a familar blue car, photographs the license plates and asks the driver if he’s APD. He doesn’t respond but when Kim threatens to run his plate, he wishes her a good day, apologizes and drives off. That’s when Mike Ehrmantrout introduces himself to Kim at the bar in the El Camino Cafe. Mike tells Kim that was his guys and it’s because of her husband’s connection to Lalo Salamanca.

Kim shows her vulnerability for the first time in a while, her face flush with blushing, red-tinted nervousness and heavy breathing. She realizes it’s the same guy Jimmy was with in the desert. Mike tells Kim that he’s talking to her first because he believes she’s made of “sterner stuff”.

Mike says his boss, though he can’t reveal him to Kim, is only interested in Lalo contacting them. However, remote a chance it is. That his guys will disappear soon and should be ignored meanwhile.

Kim realizes Mike was the parking attendant at the court house and he responds, “I was.” A bit bewildered and surprised himself, unusually hesitant to confirm. Saul Goodman is being given the cold shoulder from everyone working at the court house, from the security guard in front asking for his shoes and belt… To his Beanie Baby trade with a courthouse employee being sundowned. Finally, Saul asks Oakley why he’s now treated like he’s “oozing pus” and told it’s because he got Lalo Salamanca off.

Saul is sternly berated by Oakley on an emergency exit stairwell. Bill Oakley tells Saul, ‘they considered him just a bottom feeder’ before… But getting a cartel murderer off and scamming the court shows where his moral principles really are.

It’s then Saul yells “prove it” to which he Oakley replies, “There’s proving and there’s knowing.” At first Saul is beside himself until the nail salon where his office resides calls. Business is overflowing into their lobby, everyone wants a piece of “Salamanca’s guy.”

Breaking Bad’s Spooge is the first to ask if Saul was “Salamanca’s guy” and though reluctant, Saul says “Yeah, I am.” This leads to a buffet of appointments and walk-ins lining up by the number outside of the nail salon.

The salon however, has enough and kicks Saul out of the place. Saul discovers a small, rundown office for lease 5 blocks from the court house and under Kim’s encouragement, decides he’ll attempt to take it. Get the manager to go “month to month”. 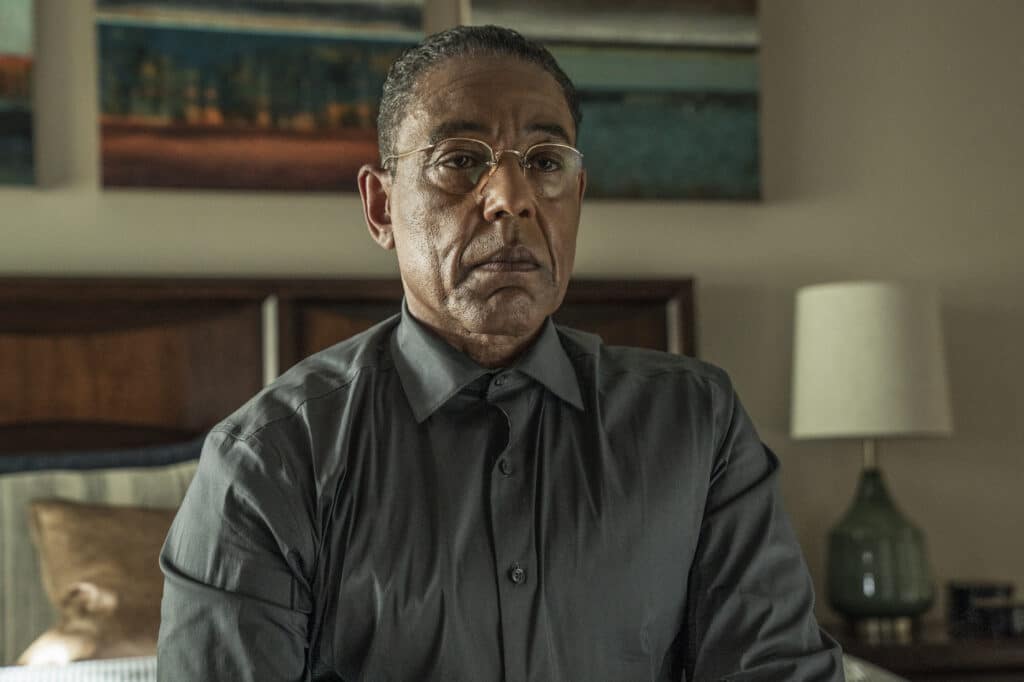 The audience had a tour of Gus Fring’s living conditions on “Hit and Run”. Gus is shown to be as meticulous at home as he is at El Pollo Loco, everything perfectly organized and in order… Including a white bulletproof kevlar vest underneath his shirt. Gus also carries a gun taped to a sock on his ankle in case of emergency. Fring utilizes a secret library door to make his way into a secret location with round the clock security guards and security CTVs.

Fring scolds Mike Ehrmantrout there for sending him an unworthy fry cook. Mike argues the cook worked for McDonalds for two months in college and is there to ‘watch’ other things anyway.

Regardless, Fring tells him he’s not up to El Pollo’s standards and to get rid of him. Mike responds, ‘alright but we’re stretched thin as is. Everyone else in the world believes Lalo Salamanca is dead. Why don’t you?’

Gus Fring again asserts, “Lalo Salamanca is alive,” purely based on Hector Salamanca’s facial expression in Season 6 Episode 2 “Carrot and Stick”. Lalo has driven the ‘chicken man’ to the height of justified paranoia. Remember to register at our brand new Better Call Saul Forum and discuss Jimmy and Kim with fellow fans. It’s only a matter of time before Walter White and Jesse Pinkman finally debut on the series…