Early Review: A+. Tehran is back and the Niv Sultan led series is easily the best show on the Apple TV+ streaming service. Finally, the spy thriller genre returns with scenes that immerse your brain not just your eyes.

You’ll find yourself thinking on your feet how you would pull off Tamar’s missions… Instead of lazily sinking into the couch with the over-bloated CGI fests of today. New yet retro. Apple TV+’s Tehran is the fresh evolution of Homeland and 24 before it.

Tehran’s season 2 premiere episodes are fantastic, written with precision and show Niv Sultan’s Tamar Rabinyan as an exceptionally vulnerable protagonist. Fully capable in combat, yet human rather than super hero. The first of the two episodes premiering this Friday, May 6 on Apple TV+ centers around the rescue of an Israeli pilot. It’s simply put, excellent. Glenn Close and Niv Sultan in “Tehran,” premiering globally May 6, 2022 on Apple TV+.

Most of the episode takes place in a hospital and just about every two minutes, you’re left wondering if this is finally it. If the Mossad agents’ plan got too out of control and if there’s still a way out for Tamar’s mission. People are left behind, others get shot or perish. It’s much like popular Netflix series Fauda.

Niv Sultan and Shervin Alenabi in “Tehran,” premiering globally May 6, 2022 on Apple TV+.

No one, not even Tamar, the hero lead character herself is above realism. Meaning, Tamar isn’t suddenly going to take on ten armed guards and come out the winner.

Just like in season 1 when Tamar is ambushed in the streets thanks to her cousin, Tamar is not above getting caught. Or hurt. That fact is what drives the high octane intensity of season 2. 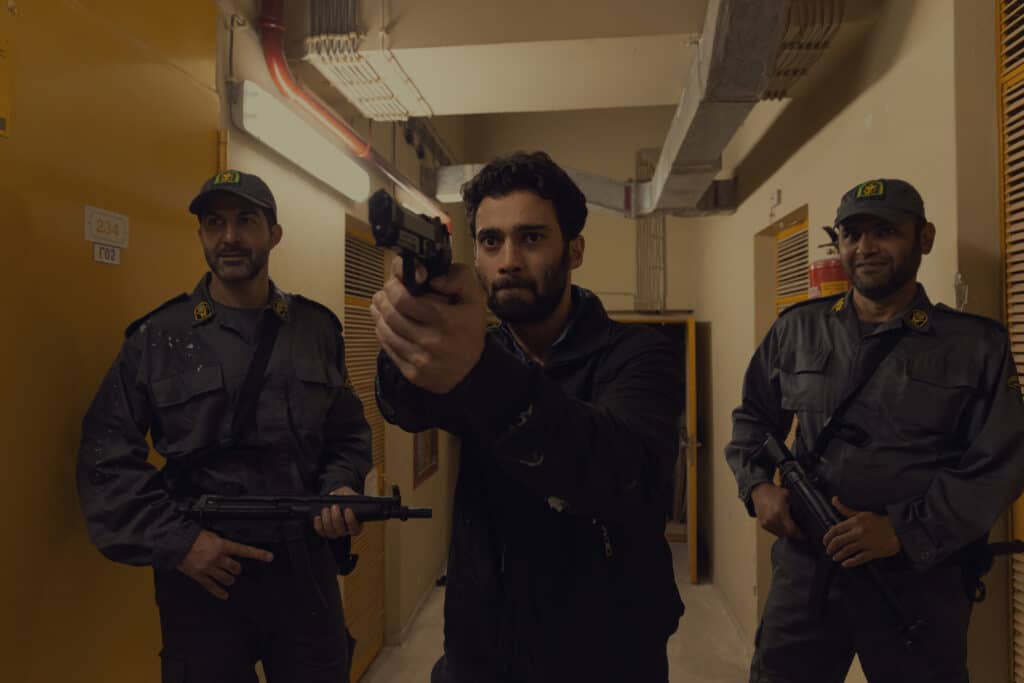 Both protagonists, Tamar & Milad are just as capable of failure as they are of success, it’s always one mistake away. Subtlety and surprise is what makes Tehran Season 2 special, like when Tamar drops a hospital food card on Ali while he’s in pursuit, taking him off guard.

At times, they are overplayed by Faraz Kamali (Shaun Toub) and Arash Marandi (Ali).

Arash Marandi and Shaun Toub in “Tehran,” premiering globally May 6, 2022 on Apple TV+.

Faraz is just as capable as Tamar instinctively, weakness coming only from trouble at home.

Nahhid’s (Shila Ommi) unhappiness at Faraz going back to work at the request of a newly promoted Mohammadi and pursuing Tamar even when suspended threatens both his career and marriage. Nahhid believes Faraz simply didn’t want to spend time with her, that he “couldn’t wait to go back to work” and her fury is unpredictable. A total turn from the relatively calm but displeased wife (pre-kidnapping) of Tehran Season 1. Glenn Close and Niv Sultan in “Tehran,” premiering globally May 6, 2022 on Apple TV+.

The second of the 2 Tehran episodes premiering Friday on Apple TV+ (“Change of Plan”) is about the recognition of a consequence for every action, no matter how good intentioned. Niv Sultan’s Tamar Rabinyan breaks down after realizing the irreparable damage she’s inflicted on those she loves. Innocent people become collateral damage in the wake of a mission. Milad discovers a different side of himself and loses who he was in the process.

With every step of Milad’s running for love, the traitor label becomes harder to shake off for him. Another friend betrayed, left for dead, or has their name sullied by Milad. There’s an epic rooftop chase scene between Milad and Ali in episode 2 by the way that wouldn’t be out of place in a Mission Impossible movie.

Similar to Bill Hader’s recent rough screaming in Barry Season 3 Episode 1, Niv Sultan’s facial expressions while crying are sharp yet soft. Intentionally made uncomfortable for the viewer. She grabs at her face, starting with her temples down to her nose, heavy yet muted breathing. What great acting looks like.

– All above photos provided by Apple TV+ 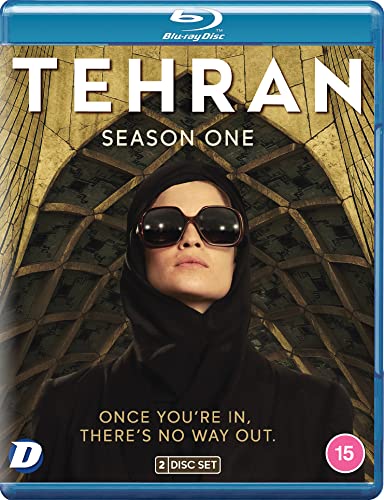 Tehran [Blu-ray] [2020] *
Price: $26.27
(As of: January 29, 2023 9:34 am - Details
×
Product prices and availability are accurate as of the date/time indicated and are subject to change. Any price and availability information displayed on https://www.amazon.com/ at the time of purchase will apply to the purchase of this product.
)
7 new from $26.272 used from $32.55
View on Amazon *
Studio:
Format: Blu-ray
Running time:
(* = affiliate link / image source: Amazon partner program)
Related Topics:AliApple TV+Arash MarandiFaraz KamaliGlenn CloseMarjan MontazeriMiladNaahidNiv SultanPolice Chief MohammadiShaun ToubShervin AlenabiShila OmmiTamar RabinyanTehranTehran Season 2Vassilis Koukalani
Up Next