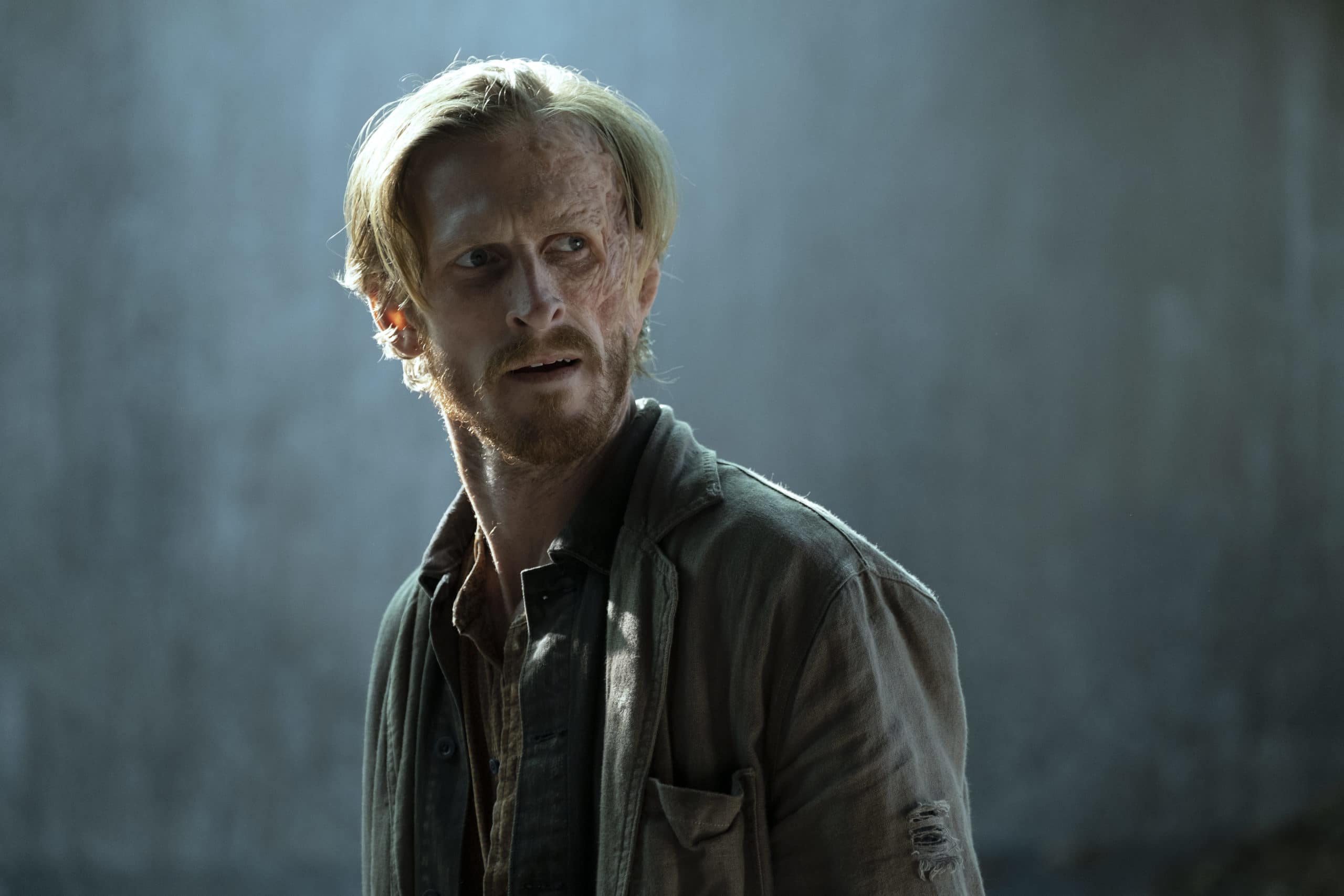 Is Fear the Walking Dead doing the Negan plot again?

If you were looking for the hyper realism of horses dodging a fully armed, speeding SWAT truck, you know what show has you covered! Otherwise, Fear the Walking Dead woke up in a Groundhog Day time loop tonight.

Throughout tonight’s FTWD, Sherry confuses Dwight by getting him to go along with whatever she wants, then scolding him for it afterwards. Ouch! In the end, there’s only one thing Sherry isn’t confused about, dumping Dwight again. Literally yelling at Dwight to “Gooooo!” while he tells friends Morgan & Al she’s just “going through a bad time.”

Maybe marriage just isn’t for Dwight! Like most males, Dwight was willing to throw away his friends the moment he had a hint of a girlfriend again. Even Sherry calls him out on this in the episode, “Didn’t you say they were like your family before?” Well yeah but you’re more like family than they are babe…

Naturally, post-breakup, Dwight tells Morgan he was right all along. ‘Sorry bro! You would have done the same if it was Grace, bro!’

Pictured below: When she wants the party over, you tell everyone to go home feeling like an alpha, and she throws you out too. Fear the Walking Dead started off tonight’s episode paying homage to The Purge with a trio of masked home invaders at Dwight’s place. Intriguing. Mysterious. And just a tease! As apparently for Sherry, kidnapping your estranged husband at gun point after saying you’re going to get a fork is foreplay.

FTWD would soon swap the horror themes for a sinfully indulgent helping of TWD’s Season 7 leftovers. Probably been sitting there since Norman Reedus set Rick Grimes’ beard in the same freezer. Fast forward minutes later & the masked group are presented as being partially led by Sherry with the promise of ousting Virginia (Negan) and ending Sanctuar-…. Lawton! They even banded together to live at the same luxurious looking accommodations as The Scavengers. The group steals Al’s SWAT van from Virginia’s people on horseback, avoiding gunfire or being rammed off the road with precision.

Its driver almost manages to escape until FTWD’s new lone ranger Morgan Jones comes to the rescue. Delivering the villain freshly tied up within seconds.

Morgan of course, wants to wait on making a play on Virginia with the SWAT truck. For a few scenes, it seems ole Dwight is reverting to his immensely better villain self.

The trip is short lived however, as Sherry doesn’t want him to turning back to the man he became at Sanctuary… But she doesn’t really want to live with the man he was before that time either. Getting the drift yet? Or do you need the lawyer to serve up the papers?

It’s to the gallows with Dwight! Curtains! But not before Sherry and gang come up with the four star General tactical plan of using Dwight to bring ‘Virginia to them.’ Nobody was able to foresee Virginia would not come to make ‘her overture’ to the community. Despite Dwight requesting as such! Thus, only The Saviors… Er- The Rangers showed up and didn’t even search the location, though Dwight & Al were nowhere to be found. They just leave slightly irritated.

Parting thought: Anyone else coincidentally notice how much Sherry resembles Lydia?

Be sure to check out the Fear the Walking Dead articles section on The Natural Aristocrat®!

Viktoriya Agalakova Interview: ‘To the Lake’ on Netflix