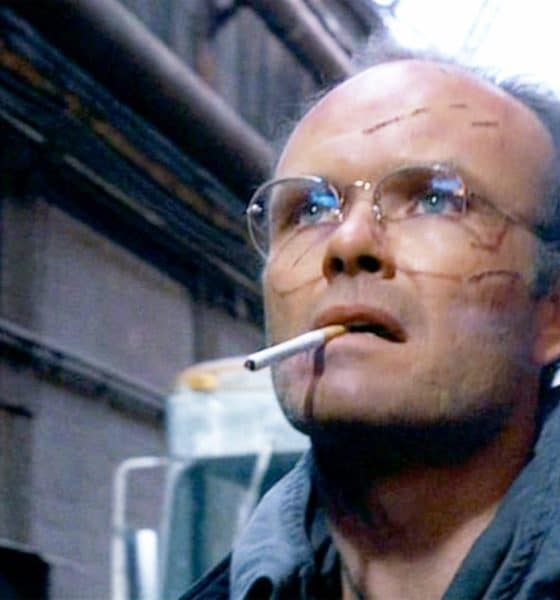 I grew up watching old-school, hard-nosed father figure Red Forman on That ’70s Show like most millennials. Recently, I decided to revisit the original Robocop in 2021 and was astounded by Kurtwood Smith’s acting range.

Kurtwood’s facial expressions & body language in the film alone deserve their own class at NYU Tisch. Clarence Boddicker 101: How to become a merciless & calculating villain with a heart of coal.

One day during the pandemic, I decided to rewatch 1987’s Robocop, a film I’d experienced only as a child. I was soon greeted by a familiar face and it took a few minutes to get acclimated that Clarence was indeed Kurtwood Smith…. Even with that one of a kind, unmistakable voice I’d grown accustomed to from Red Forman for over a decade.

The lean & mean Clarence Boddicker is an exercise in acting precision through primal, instinctive physical intimidation and soft spoken delivery. Picture Clarence circling Peter Weller’s Murphy like a desert vulture, shotgun on the back of his wing, “You must be a great cop, coming here all by yourself!” On a dime, exchanging the gangster persona to a youngster with a shiny new toy. Mocking Murphy with a targeting sound effect. “Na-Na-Na-Na-Na.” Before ruthlessly shooting the law enforcer’s hand off clean and belly laughing about it. All in a day’s work before transitioning effortlessly from ruthless gang leader to underground, black market businessman. Scene stealing domination in Robocop.

It’s not the suit that makes the man, it’s the man who wears it

Every time Clarence puts on the suit and goes from low grade robber to kingpin you can see the sway of confidence emanate right from his shoulders. Take another look yourself at how Clarence interacts with Dick Jones’ secretary.

Exchanging some sexual innuendos verbally at face value… But actually watch his facial expressions, the way he physically places the gum on her name tag, then gives a wink sendoff at the end (not shown in gif).

These are the physical, unspoken ‘finer print’ of a character or human being in real life that stay with you. That imprint is why Clarence Boddicker is a successful character, his foundations are built in a place of honesty. You don’t have to be a sci-fi film aficionado to understand the ‘bad guy’ presence.

Kurtwood’s consistently unpredictable body language is a source of uncontrollable alertness for the audience. You’re always on high alert when Clarence comes into a scene naturally. Like a matador flashing red to a bull. You know action, or in this case, radiant action scenes are coming. Even Clarence’s own gang is constantly befuddled & perplexed at his sudden decision making… Like throwing one of his injured crew on Murphy’s car or destroying one of his pals’ fresh new wheels. Always with a Joker-esque laugh of mania. Think back to Clarence’s nonchalant “Guns, Guns, Guns!”with a smirk when he was seconds away from being shot mid-meeting.

While I had an opportunity to see a gentler, sometimes naive but well meaning side of Kurtwood Larson Smith’s acting in Perpetual Grace, LTD.… Clarence Boddicker is like an out of body experience for the actor. A meticulously crafted portrayal.

If you only watched Robocop in your youth, I highly recommend revisiting the original film in 2021. You pick up on dystopian corporate themes and nuance as an adult that are just as relevant now as they were in 1987. The motion picture was certainly not just high-tech for its time, Robocop is a true box office classic.

Be sure to read my Kurtwood Smith centered Perpetual Grace recaps:

Rewind: Carol Peletier tells Lizzie to ‘Look at the Flowers’

One Cut of the Dead in Hollywood spinoff film review