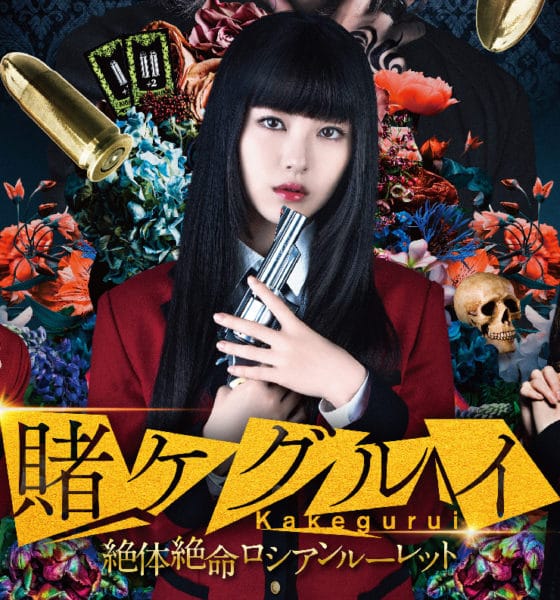 Kakegurui 2: Ultimate Russian Roulette’s centerpiece scene featuring Yumeko Jabami betting on the number of bullets in the revolver, complete with ‘loser’ hostages getting chosen to be shot is jaw-dropping. You’re unlikely to see better villains than Makuro Shikigami this year.

Would you call a bluff or throw a winning hand if your victory meant an innocent person losing their life? Kakegurui’s live action return redefines high stakes gambling by twisting gambler’s hands to make impossible decisions against their will.

Shikigami’s victims don’t realize they already lost before they even placed a bet. Even their very participation was predetermined. Makuro Shikigami’s traps are brilliantly clever & immensely complex in a Jigsaw series kind of way. 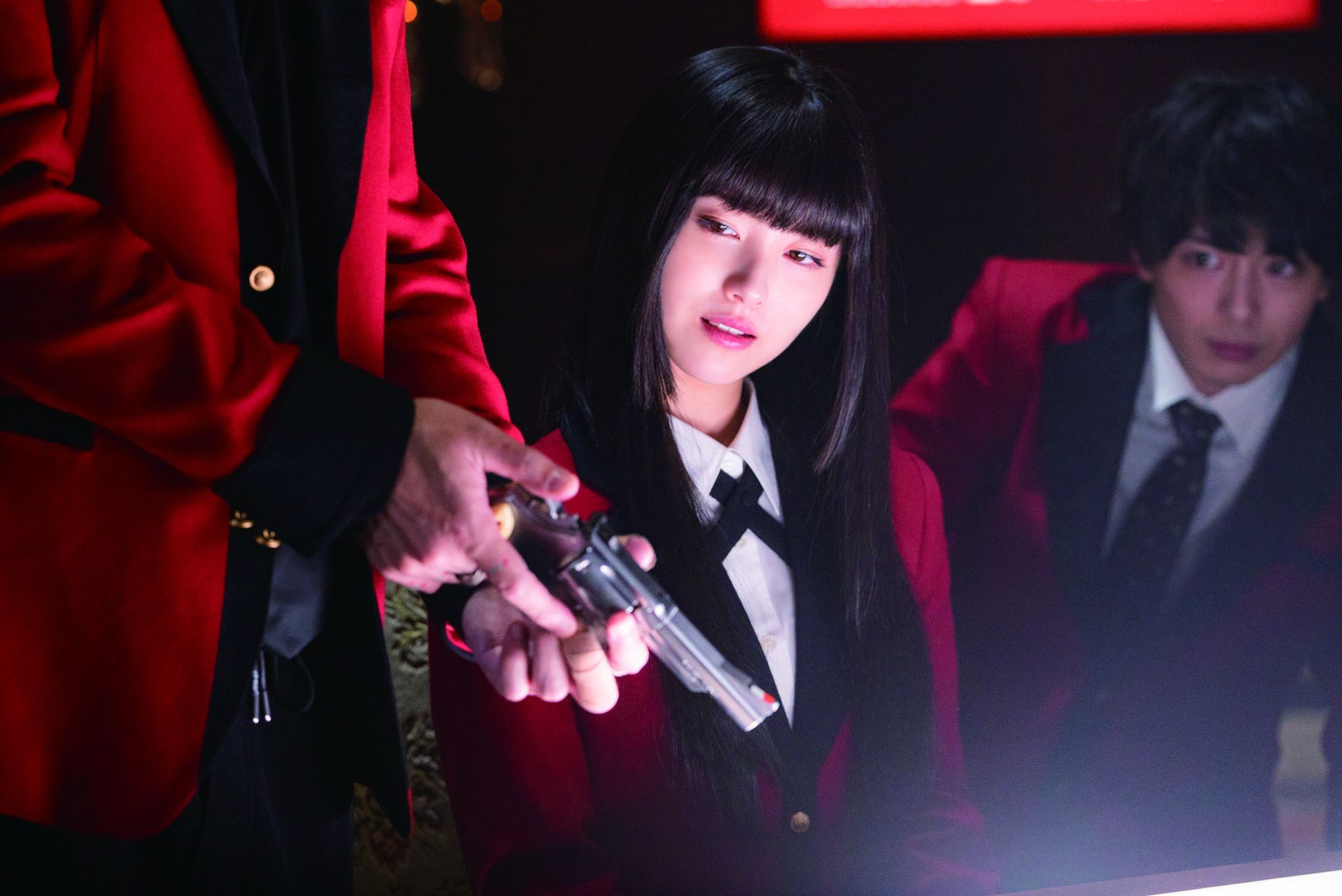 One of the more memorable moments is early into the film, when Meari Saotome, played by actress Aoi Morikawa is forced to quit a game and become a ‘Doggy’ (the underclass)… Makuro Shikigami tells her should she beat her opponent, he’ll be thrown out of a window.

Initially, Meari Saotome is shown calling a bluff and leaves only to hear her opponent screaming traumatically as he’s thrown out of a top story window.

Saotome then imagines the innocent boy in a wheelchair blaming her for putting him there. ‘You did this to me! I’m in this wheelchair because of you! How could you do this to me?!’

Unable to cope with the guilt, Saotome returns to the present and throws her winning hand. Giving in to fear. During one scene, Yumeko Jabami, played by actress Minami Hamabe, suffers a debilitating loss… After Shikigami rigs explosives based on card pairings in a game of Texas Hold Em across Hyakkaou Private Academy.

The usually unstoppable gambler Yumeko throws a winning hand to save Meari Saotome’s life and is forced to renounce gambling altogether. Kakegurui’s compulsive gambler no more.

However, the final act of this film effortlessly steals the show by raising the stakes to unprecedented levels. Nothing will prepare you for a brutal twist on Russian Roulette. Yumeko Jabami, Kirari Momobami (actress Elaiza Ikeda), and Makuro Shikigami gather around for Russian Roulette via a card game for Kakegurui 2’s epic finale. Three cards go on the table, one is the person shooting, the middle card is the Bang! card for the go-ahead to shoot, and the third is the person being shot. All three have ‘hostages’ as their teammate.

Like all gambling done by Makuro Shikigami, the game of Ultimate Russian Roulette is entirely rigged. The bullets are fake when Shikigami is the one being shot but real if anyone is. They are switched every turn from a briefcase based on who the ‘Bang!’ card is aimed at.

At first, Jabami Yumeko seemingly takes a chance at first glance when Ryota Suzui is tasked with shooting her. Ryota refuses repeatedly but eventually relents to Jabami’s crazy demand to go on and shoot her. Kakegurui’s transfer student turns out to have something up her sleeve the whole time. She had Kakegurui Twin’s Meari Saotome place one of Shikigami’s real bullets along with the fake ones.

Thus, when Makuro Shikigami becomes overconfident and places his own card as the person being shot… Yumeko and Momobami reveal there’s a real chance he will be shot for real. Suddenly, Shikigami panics for the first time in the film.

Momobami tells Shikigami the real reason he was suspended indefinitely from Hyakkaou Private Academy was because his gambling style was actually ‘Boring’. She elaborates that it’s not gambling if you always rig the outcome against your opponent beforehand… Because you have nothing to lose, no chances are taken.

The whole scene from beginning to end is must see with constant curveballs throw in and the intensity dialed to an 11. A worthy & powerful live action adaption that expands on the Kakegurui anime series empire. Not to mention a platform for some Grade A Yumeko Jabami quotes you’ll ponder way after the credits roll. More coverage of the series: 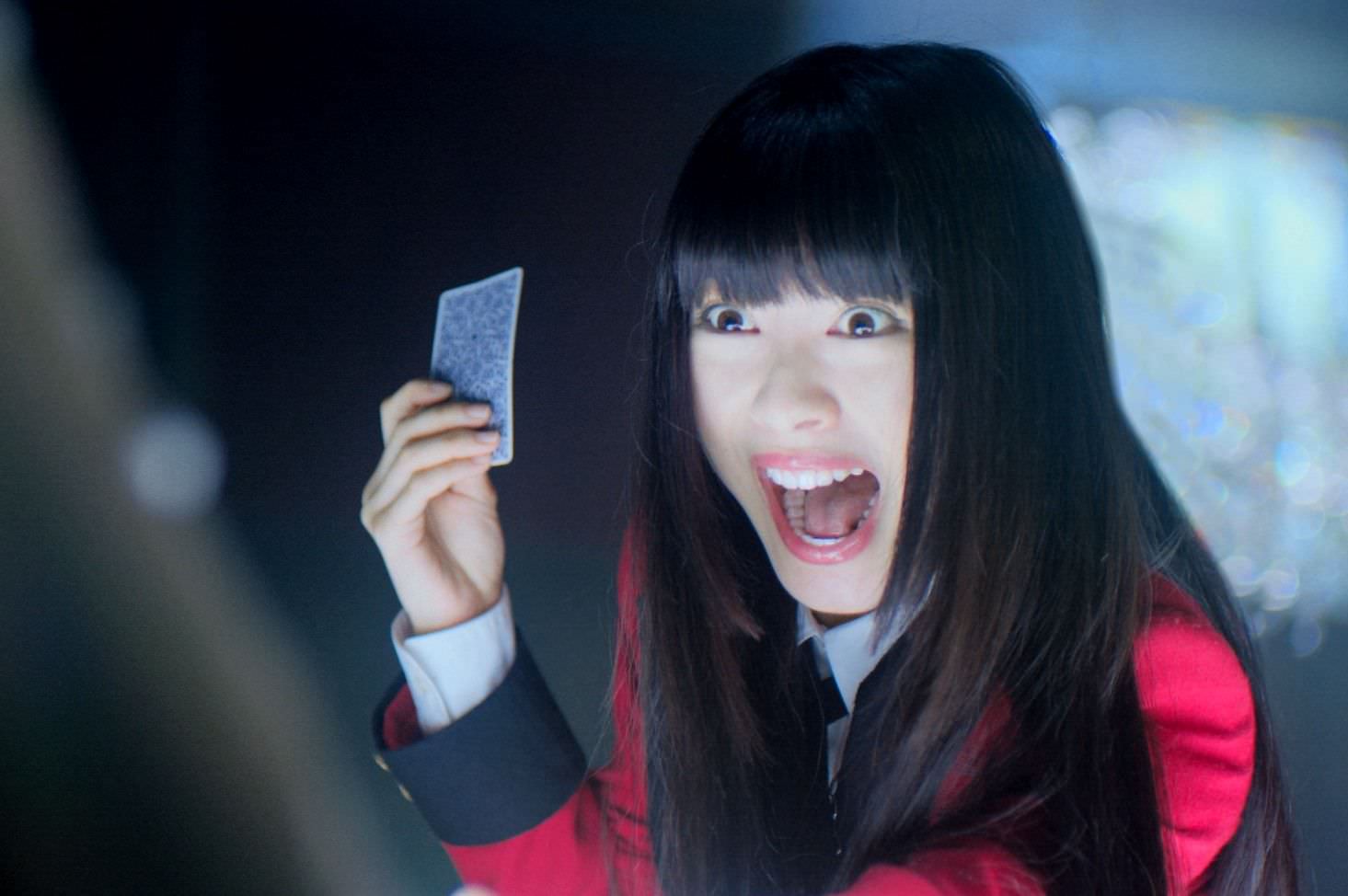 – Check out our Fantasia 2020 Kakegurui movie review and catch up on the events of the first film!

– Be sure to visit our Kakegurui 2 movie preview for more information the Kakegurui characters returning in the film! Get acquainted with Kakegurui’s student council.

– Read our exclusive interview with cosplay model Neneko who comments on her fandom for Yumeko Jabami!

– The manga which the movies, live action drama adaption, & anime Kakegurui series are based on was created by Homura Kawamoto and Tôru Naomura. Tōru Naomura is the manga’s main illustrator & character designer and the plot is written by Homura Kawamoto.

Fantasia 2021: ‘Baby, Don’t Cry’ review – The Beauty of Self Destruction