Perception to the masses being everything is the main takeaway from tonight’s Homeland. One person believing you is not enough, and it never will be. All it takes is “Two Minutes” to alter everything you ever worked for.

If you say the truth and only one person is around to believe it, did it really happen? Reputation takes precedence and governs our every perception in daily life, from the people we trust to the brands we buy. It’s inescapable. Hassaim Haqqani’s collective reputation as the leader of the Taliban on Homeland makes him a believable public enemy number #1. Despite, having nothing to do with President Warner and President Daoud’s helicopter incident, his reputation precedes him. Haqqani’s words pleading innocence mean nothing if only Saul Berenson backs them up, just like Carrie Mathison’s. In Saul’s own words an episode prior, “Nobody’s listening to me.”

When Carrie Mathison is subtly accused of downing the helicopter by order of her ‘Russian Handler’ Yevgeny Gromov, she’s left without a voice. Her brand’s reputation has already taken a hit, Carrie’s internal detractors outnumber her supporters. Saul warned Carrie on tonight’s Homeland that, “If you don’t go back to Germany, an investigation will follow that will define the rest of your life.” In essence, even if Carrie were found to not have carried out acts against President Warner’s helicopter, the public perception would always be that she did. Just as Hassaim Haqqani’s loyal follower believed Haqqani was indeed responsible, offering himself as ‘a weapon’ now that he was “no longer for peace.” The power of a believable story or even conspiracy to the masses will always outweigh the truth… If the truth is unconvincing. Which is something to be considered about the public’s faith in any system across the world to begin with.

President Benjamin Hayes is influenced by another new President… President Benjamin Hayes was furious on last week’s Homeland for having to answer the fallout on his predecessor’s ‘missteps’. His request to David Wellington, “Tell me what to do,” when faced with a critical decision spoke volumes about his readiness to take the job. There’s not much doubt left that Hayes can be swayed easily after he was practically convinced by new Afghanistan President G’ulom about aggression toward the enemy. President G’ulom spoke about people in this region only understanding strength by a show of power and retribution, and Hayes lost his train of thought. Carrie turned to Yevgeny for help and was asked to turn off surveillance for two minutes in the former hot zone of President Warner’s helicopter site. It was the only way Yevgeny could reach out to his source without a “hell fire missile” dropping within minutes. Carrie would annoy the surveillance employee in charge by jamming his laser printer as a distraction. Thus, allowing a chance to disconnect the zone for the two minute window.

No going back now. Should Carrie’s trust in Yevgeny be found to be misplaced, it will inevitably lead to her own end. Carrie is singularly focused on locating Max and the helicopter’s black (orange) box, perhaps, clouding her judgement. She is correct however about Max being out there, as Piotrowski is still alive, though shot in the back this episode. His kidnapper was not aware in the slightest to the importance of Max’s bag, selling President Warner’s helicopter black box at a local electronic pawn shop. A black box that is the difference between war and peace is now in the possession of a random merchant. 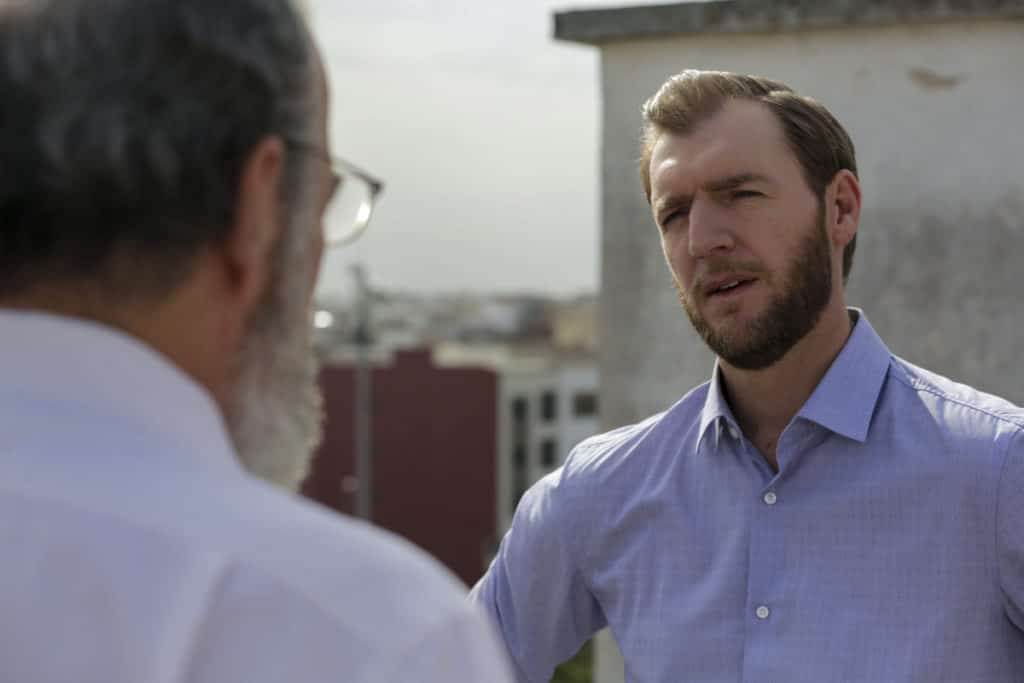 On tonight’s Homeland, Jenna Bragg played the cleaned up audio of Yevgeny Gromov and Carrie Mathison’s meeting (previously distorted by a water fountain) to her boss Mike Dunne. The conversation startled Dunne, as it revealed Carrie’s entire debriefing of the encounter was a fake, both in writing and verbally. Dunne went to Saul Berenson with the recording, who was shocked to learn some of the intimate details shared with Gromov. Including a tale he had never heard before about Carrie Mathison considering to drown her own daughter… Saul gently confronted Carrie, who attempted to play him for a fool by again reiterating the recruitment angle. No sale this time around. Saul made it clear he’d heard the recording and was aware Carrie is lying to his face. Carrie had no choice but to partially confess and as such, received two choices with the same consequence. Her exit out of Afghanistan and return to Germany’s rehab facility either ‘freely’ or in hand cuffs. Carrie Mathison agreed to leave peacefully.

Hassaim Haqqani turns himself in to the Americans Hassaim Haqqani believes the Americans will give him a chance to tell the world he had nothing to do with President Warner’s helicopter, while President G’ulom will simply execute him. Haqqani also feels running away will be seen as an ‘admittance’ that he did give orders to act during the ceasefire. The question is, will President Benjamin Hayes listen to Haqqani’s case or just turn him in? Hayes already wanted to give Haqqani earlier in the episode when they didn’t have him. Does anything change? Jenna Bragg ‘escorted’ Carrie Mathison at the airport to make sure she got on her flight. Carrie would attempt to throw Jenna off-track by mentioning the 1000 pages printed by surveillance back on her desk. Jenna would watch as Carrie walked to her plane until she was almost out of sight. It was then Carrie diverted her route, went outside via airstairs and was picked up by Yevegeny Gromov! Carrie Mathison and Hassaim Haqqani are now one and the same in the eyes of the state, both will stand accused of taking down and subverting President Ralph Warner, President Daoud, and the peace process. Will Carrie’s massive gamble pay off and usher clarity and closure? Or lead to multiple counts of treason?

Be sure to read Homeland Season 8 Episode 4 Review: Must See TV, Groundbreaking and more Season 8 coverage in the Homeland category section on The Natural Aristocrat.