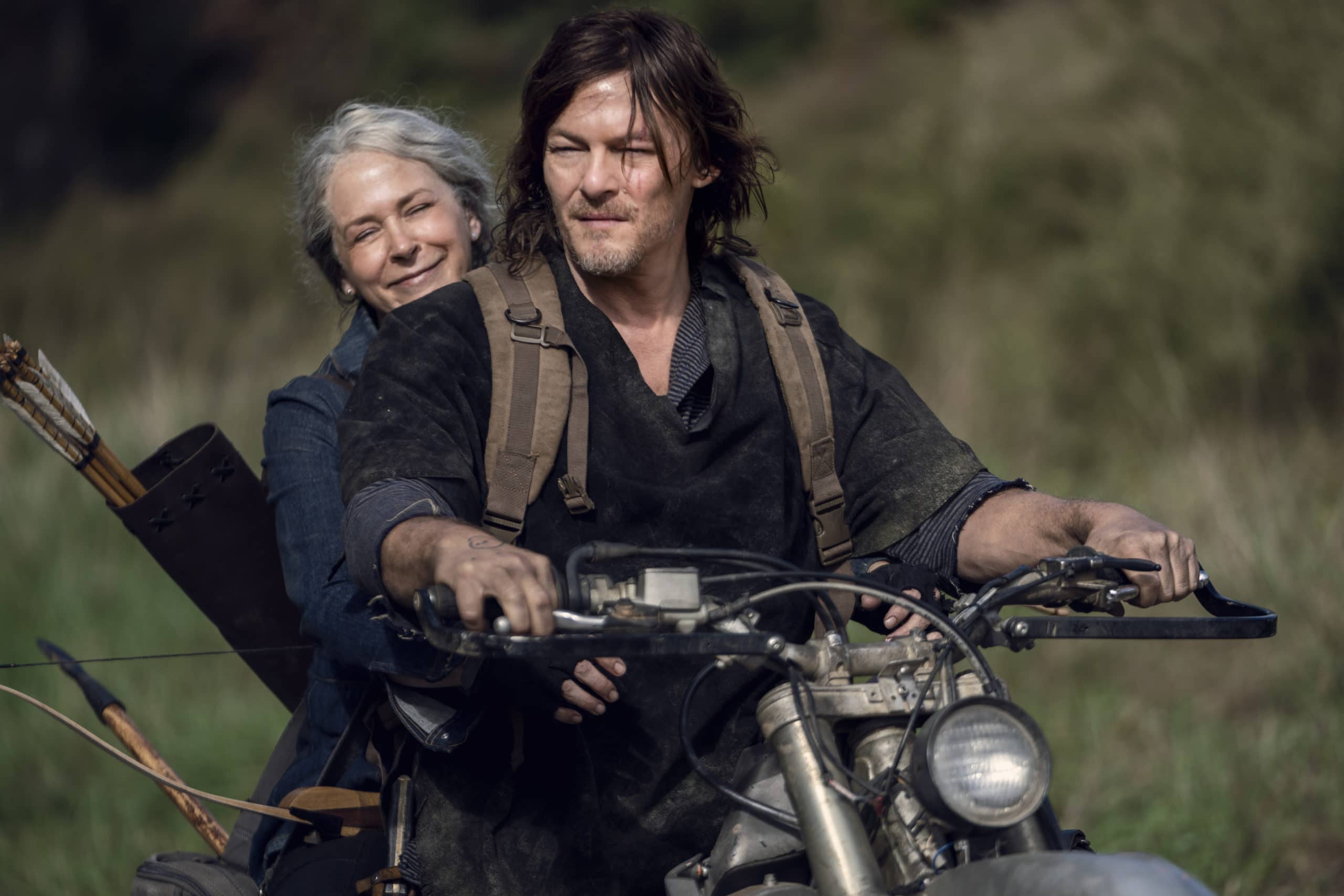 Letting go is never easy. It’s the human condition to refuse change at all cost. To bargain and negotiate away the grieving process.

In Norman Reedus’ finest acting performance since 2016’s “The Cell”, we see mother nature steal away Daryl Dixon’s map in “Find Me”. Rain drops tearing through every last corner of naive hope.

This review contains spoilers for The Walking Dead Season 10 Episode 18 (“Find Me”).

A rare scream of agony follows like a wounded animal caught in the iron teeth of a bear trap. Months of tracking gone in an instant.

A broken, war torn man unable to cope with the loss of his best friend. Still in uniform, loyal to the bitter end. Frozen in time to the detriment of every relationship he holds dear.

Trapped in limbo, holding onto a memory that grows more distant everyday. Ignoring the present, living like a hermit in the tattered remains of a shoddy tent by a riverbed.

Daryl Dixon personally holds himself responsible for a missing Rick Grimes. Believing he must pay repentance for making it when his friend seemingly did not. Mired in shame, boots sinking in quicksand.

The map was a symbol of progress… Of momentum towards closure. That not a single stone or pebble was left unturned, no dirt sample unexamined. The pain of its destruction is a universal moment. How often have we worked toward something tirelessly in our own lives, only to have it all taken away in an instant?

A reset of the grieving process back to Day 1. Even worse than Day 1… Because you already know the road required to even make it halfway. The sacrifice needed is immeasurable both physically and mentally.

When you’re young ‘moving on’ is an expectation, a phase you’re supposed to ‘grow’ out of. ‘Oh, he’ll get over it!’ But what happens as an adult?

When does grieving stop being a phase and mental illness set in? Who’s to say if the grieving phase can ever end or needs to end. Nobody. The hope that the next day will bring the closure you need always seems in reach. Just one more search, one more night, one more year. Other members of the group may have given up but it doesn’t mean you have to follow their footsteps. A chance encounter is always dangled in front of you, the vision of finality to make yourself whole.

Daryl Dixon blames himself for the deaths of Beth Greene, his older brother Merle Dixon, Glenn Rhee, the list goes on and on. If only he’d done this or that, if only he’d step in one moment sooner, or one moment late. Debating the irreversible in eternal 20/20 hindsight.

Although he points the finger somewhere else for Connie on The Walking Dead Season 10 Episode 18. Looking straight into Carol Peletier’s eyes, her worried dilated pupils, and commenting ‘That one is on you’.

In “Find Me”, Daryl Dixon reveals he squarely blames Carol’s ‘need to always be right’ for Connie’s disappearance. Reminiscent of Carol’s actions against Tyreese’s sick girlfriend back at the prison. Taking action without consulting others, seeing them as too weak and morally adherent to do what needs to be done. Daryl knows the burden he is shouldering on Carol with that statement, true or not. The sleepless nights and tormenting guilt every time Carol will open her eyes is not lost on him. He does it anyway without remorse

In a way, it’s a reversion to early Daryl in Season 2 of The Walking Dead or when he punched Rick Grimes over Sanctuary. He’s still a wild Southern boy at heart, not a pure hero or the perfect gentleman. The cross-bowed one always showed you who he was in bits and pieces over the years. It was always bubbling beneath the surface of Rick’s guidance as an older brother figure.

Now that the role model is out of Daryl’s life, he’s returning to what he always was. Rediscovering every old habit, good or bad. Saying what he feels with reckless abandon with no one to pull him back anymore.

Daryl Dixon set out to find Rick Grimes in “Find Me” but he found himself. – Be sure to read The Walking Dead Season 10 Episode 17 Review: ‘Home Sweet Home’!

Caryl is the most exploited ‘shipping fanbase on TV today