PSYCHO-PASS Seasons 1 & 2 Dubbed, most recently exclusive to Funimation and Hulu in the states, are heading over to Crunchyroll’s streaming service on May 31.

“In the future, just thinking about a crime makes you guilty.” Ominous words… You can finally catch the first two seasons of PSYCHO-PASS dubbed & subbed over on Crunchyroll this Tuesday, May 31.

Production I.G. film, Psycho-Pass: The Movie, is available on Funimation and season 3 is available subbed at Amazon Prime at the time of this article’s writing. It’s likely the first film will make its way from Funimation to Crunchyroll at some point.

It’s unclear if the films PSYCHO-PASS: Sinners of the System and PSYCHO-PASS 3: First Inspector and Season 3 will be available on Crunchyroll as of yet but it’s certainly possible in the future. It’s a pretty good bet it’s just a matter of time for the anime series’ expanded offerings.

How much does Crunchyroll cost?

That means all shows and movies are available in every tier, you’re not missing out either way.

Here are the primary differences between Crunchyroll’s fan plans:

Stream on 6 devices at a time

Stream on 4 devices at a time

New episodes one hour after Japan

Access to digital manga (manga is only available in English)

Stream on 1 device at a time

* Each higher tier plan contains all the features of the cheaper plan, so for example ‘Offline Viewing is available in both Mega Fan and Ultimate Fan but not regular Fan.

How to change Crunchyroll membership?

You can change your current Crunchyroll membership from monthly to yearly to save money at this link, read more at their FAQ page

VRV subscribers enjoy access to Crunchyroll, Mondo, and VRV Select for the time being but the service may be sundowned in the future post-Crunchyroll, Funimation merger.

When is Funimation and Crunchyroll merging?

For years the #1 question for anime fans was ‘Is Crunchyroll or Funimation better?’ For a while a split between the majority of Dubs being on Funimation and subtitled new material being on Crunchyroll made it an easy choice based on personal preference.

Soon the entirety of Funimation’s Dub library and beyond will be available on Crunchyroll’s service, PSYCHO-PASS being a big example of a former exclusive (that was only available on HULU otherwise). The merger into one anime streaming service to rule them all has already begun.

How to watch Dub on Crunchyroll

No longer do you have to ask yourself, ‘Does Crunchyroll have dubbed anime?’ Remember, the Funimation Dub/Sub split is over! Truce time.

Even the simulcasts for newer shows streaming on Crunchyroll like SPY x Family and Shikimori’s Not just a Cutie have English dubs (and many other languages) available mere days after their Japanese airings. 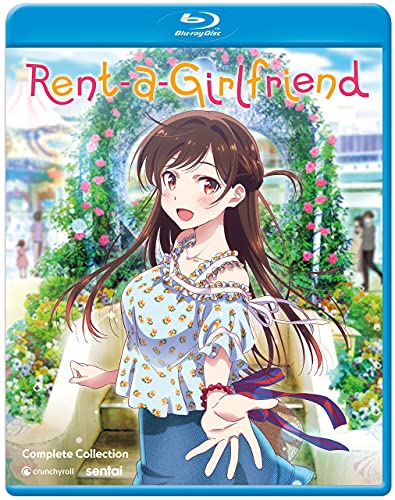 (As of: January 29, 2023 9:45 am - Details
×
Product prices and availability are accurate as of the date/time indicated and are subject to change. Any price and availability information displayed on https://www.amazon.com/ at the time of purchase will apply to the purchase of this product.
)
You save: $28.46 (41%)
11 new from $41.513 used from $44.91
View on Amazon *
Studio:
Format: Blu-ray
Running time:
(* = affiliate link / image source: Amazon partner program)

– Calling all Anime fans! Keep up with the latest industry Dub happenings at the Anime News section at The Natural Aristocrat!

Related Topics:CrunchyrollFunimationPsycho Pass
Up Next