Lena Hall spoke to The Natural Aristocrat about Miss Audrey ‘fixing’ Kevin on tonight’s Snowpiercer. One of the most brutal scenes you’ll see on TV. Victim enabling victim. Bonding over identical self-inflicted scars…

This Lena Hall interview on Snowpiercer Season 2 contains spoilers for episode 7 (“Our Answer for Everything”).

THE NATURAL ARISTOCRAT [NIR REGEV]: Miss Audrey ‘fixing’ Kevin was one of the most brutal scenes I’ve seen in a long time. I mean a victim trying to convince another victim that their pain was actually deserved.

Then you add the visual dynamic of Miss Audrey standing over a broken person who can’t stop crying. What was it like filming the scene?

LENA HALL: Yeah, another brutal scene to film… Again, Miss Audrey’s downfall is her jealousy. She thinks she’s the only one who’s done this to herself. The only one who was this close to Mr. Wilford and shown him this type of loyalty… Or has been through this kind of situation.

Mr. Wilford has this fact in his back pocket and knows what it’ll do to her. It’ll drive her insane because Miss Audrey has these vulnerabilities, you see. Knowing that she’s not the only one and someone else shares what she shared so deeply…

It’s like not being over the love of your life and they’re getting married to someone else. Or being married & that person is cheating on you with someone and you cannot believe that they would do such a thing!

It’s something that can drive you to do things. I think that for Miss Audrey, seeing someone else with that scar, leads her to know that she has to add this other person into her marriage.

It’s Mr. Wilford basically being like, ‘Hey, I already married this person! So you have to welcome them into our relationship. This is a polyamorous relationship, FYI.’ It’s horrible. I mean it’s such a punch in the gut & such a dagger in Miss Audrey’s heart. She tries to bring it all together and do what she’s told to do. Do her part….

And her part is fixing this person, that Mr. Wilford completely destroyed, so that he’s of use again. So that he can be a part of this f****d up family. 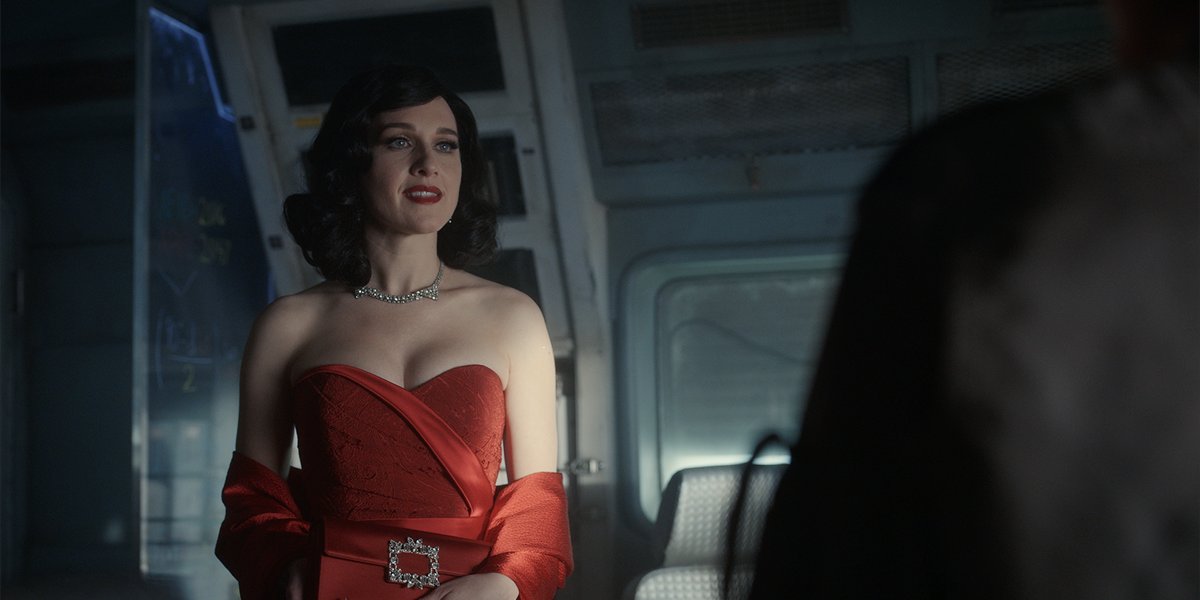 THE NATURAL ARISTOCRAT: I thought it was so twisted when Miss Audrey tells Kevin, “He must really like you” after seeing the wrist scar underneath his bandages.

LENA HALL: That was the worst thing she said! I mean, cause why would Mr. Wilford ask you to do that? And then why would he save you if he didn’t really feel that way?

That’s what he did to Miss Audrey. For me, it was the ultimate expression of love in Mr. Wilford’s eyes. That scene was really, really hard. Kudos go to the Tom Lipinski who plays Kevin, he did a great job and it was truly intense for him to keep that up, take after take.

THE NATURAL ARISTOCRAT: How many takes did you do for that scene?

LENA HALL: We did a lot! It was a good six hours of film.

THE NATURAL ARISTOCRAT: Oh wow! All the time, Tom Lipinski (Kevin) had to cry?

LENA HALL: Yeah! That took a lot out of him. Tom did such an amazing job, it was great to work with him. Along with that scene we also recorded the exterior scenes and Mr. Wilford leading me into the room, so it was a full day of filming. This is Part 3 of The Natural Aristocrat®’s interview series with Snowpiercer star Lena Hall. Here are Parts 1 and 2: – Catch up on last week’s episode with our Snowpiercer Season 2 Episode 6 review!

– Check out our interview with Katie McGuinness on Snowpiercer’s Josie Wellstead!

– Be sure to watch our NYCC 2019 interview with Jennifer Connelly about the importance taking on every acting challenge with a blank slate. The source material as the ultimate guide in the journey, rather than replicating success in past works.